How sustainable is nuclear power for the UK?
Newsroom

How sustainable is nuclear power for the UK? 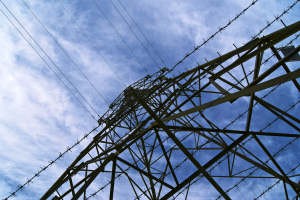 Nuclear power could contribute significantly to reducing greenhouse gas emissions in the UK but this would lead to considerable impacts on natural resources and the environment, a report from The University of Manchester claims.

The research into the sustainability of nuclear and other electricity options in the UK shows that nuclear power could make a significant contribution to reducing greenhouse gas emissions by 2035. However, that would require a huge expansion of nuclear, constituting 35% of the electricity mix by 2035, almost double the current contribution.

Given that most current nuclear power stations are due to close in this period, this scenario seems unfeasible, the authors claim.

At the same time, expansion of nuclear power would worsen other sustainability aspects, including depletion of natural resources, ozone layer depletion, toxicity and health impacts from radiation.

These are some of the findings by the SPRIng research consortium led by Professor Adisa Azapagic at The University of Manchester. SPRIng looks at the techno-economic, environmental, social and ethical sustainability of nuclear power in the UK.

SPRIng found that meeting UK carbon emissions targets would only be possible with a huge expansion of both renewables and nuclear electricity. By 2020, renewables would have to contribute 55% to the UK electricity mix by 2020 and nuclear 35% by 2035.

The SPRIng report, which is released today, also shows that if energy consumption can be reduced significantly, nuclear power is not essential for meeting the UK climate change targets.

If, however, the consumption of energy continues to grow as it has in the past, the role of nuclear power becomes much more important in meeting climate change targets.

Expansion of nuclear power will depend on many factors, including availability of uranium, fuel used in today’s nuclear reactors. Uranium shortages could within a few decades constrain any significant global expansion of uranium nuclear plants, unless major new uranium reserves can be identified and exploited economically.

The findings suggests that carbon taxation could play a significant role in promoting low-carbon electricity options, including nuclear. For example, a carbon price of £100 per tonne of carbon dioxide would be sufficient to make nuclear plants of current designs highly profitable.

The research also shows that even when the radiological consequences of a large accident are taken into account, nuclear power remains one of the safest sources of electricity.

However, the research claims, nuclear power poses complex ethical questions regarding its intergenerational impacts as future generations, who will not benefit from today’s nuclear electricity, will have to bear both the risks and costs of nuclear decommissioning and waste management.

Professor Azapagic said: “Our research shows that there is no ‘best’ electricity option overall but the choice of sustainable options will depend on individual preferences of stakeholders, including the public and decision makers.

“The Government should ensure that decisions on the future of nuclear power and other electricity options in the UK take into account a range of sustainability criteria rather than be based solely on a market-led approach dominated purely by economics.

“However, a market-led approach could play a role should it prove politically possible to set tight enough carbon targets with high enough penalties for non-compliance.

“Whether such leadership is possible is highly questionable. Even more doubtful is whether various stakeholders, including the UK public, would accept it.

SPRIng is a UK research consortium formed in 2006 and funded by EPSRC and ESRC. It is led by The University of Manchester and has worked in collaboration with City and Southampton Universities as well as with a number of partners from industry, government and NGOs. The main objective of SPRIng has been to consider the potential role of nuclear power in contributing towards a future sustainable energy system in the UK. “SPRIng” stands for “Sustainability Assessment of Nuclear Power: An Integrated Approach”.