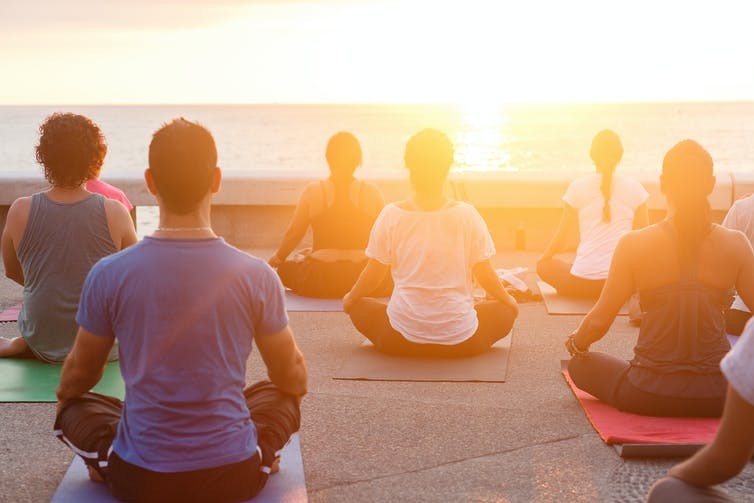 file-20220209-25-o59egl
Being aware of the people you’re meditating with is an integral part of the process.

‘I did not see them; I saw their soul’: retreats are more about magical encounters than self-exploration

Going on a retreat seems like the very definition of a solitary experience. You leave behind your friends, family, and colleagues, giving up everyday life, responsibilities, cares and frustrations, for some quality time on your own.

The shape this takes can vary. You might spend your time reflecting, practising mediation, walking through a forest or simply staying silent for a week. You might stoically endure the heat of a sweat lodge. Whatever the method, research has generally described retreat-going as the ultimate in “me” time, a perfect example of the contemporary obsession with self.

My recent research, however, suggests that retreat-going may be far more collaborative. Through in-depth interviews with 27 people, carried out in the UK over six months, I have been struck by how central encounters with other people are to the experience. People told me about the unexpected bonds they formed, which they described as “profound”, “inexplicable”, “mysterious”. 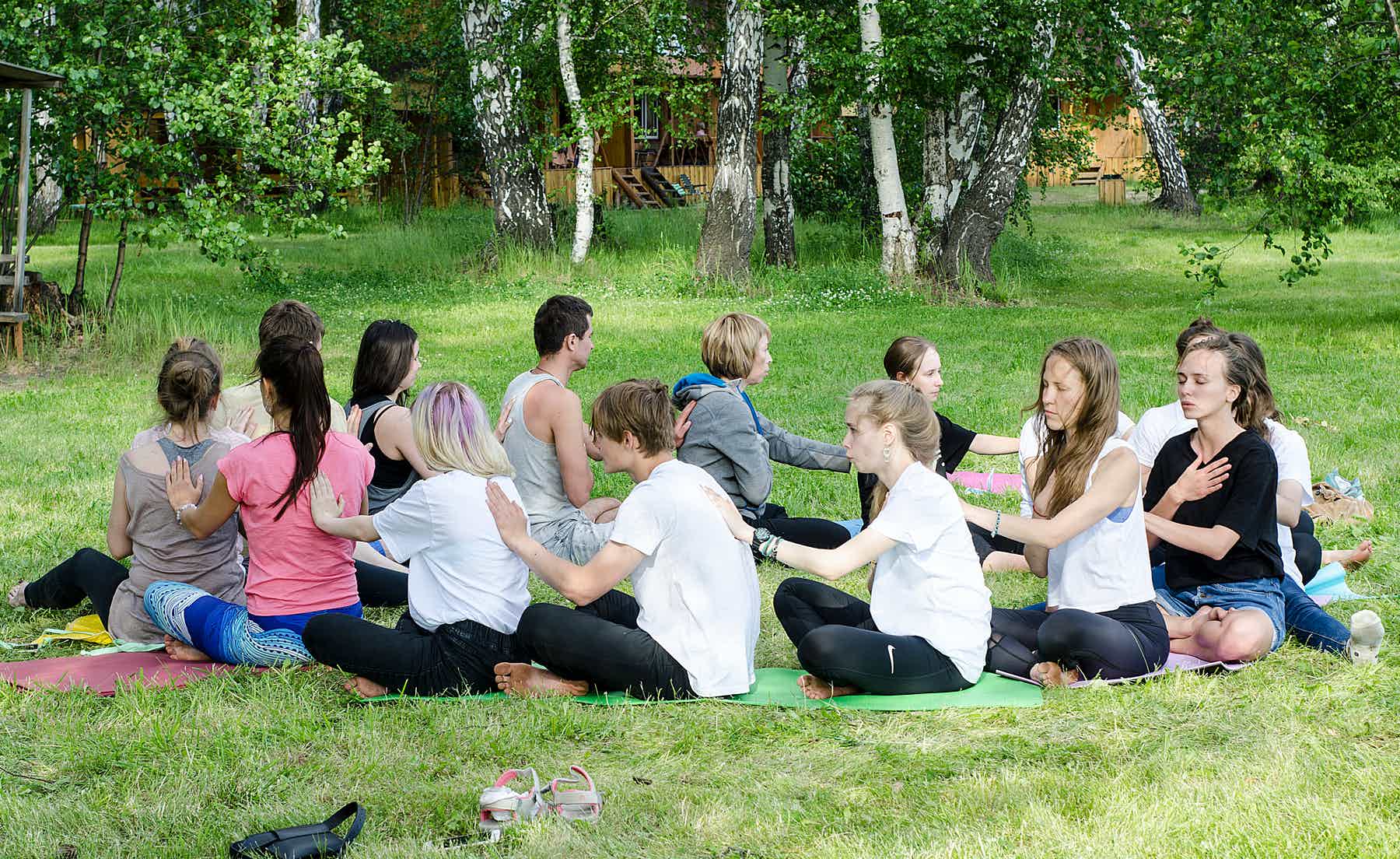 One 54-year old man, Simon, started going on retreats after his wife left him and he lost his job. The effect they had on his life was intense.

His first experience was a silent retreat. One evening, having spent the day meditating next to a young woman (a stranger), they walked together to a nearby lake and swam, then returned – all in silence.

When they could finally speak, at the very end, Simon found out that his companion was Latvian. They have kept in touch since and remain friends. “It was a common bond that nobody else would understand,” he said. “People probably would have thought it was incredibly weird.”

Research points to the importance of a group for retreat-going. Even during long sessions of group meditation, with the focus supposedly on the inner workings of the mind, an individual’s attention often rests on other people in the room. We watch our neighbours or listen for sighs, giggles and coughs. This actually helps the meditation process – it dials down our awareness of how we usually behave with others and synchronises participants’ attention to the present.

Anonymity is also important. Support groups work in part because people don’t know each other. This gives participants a chance to experiment with their own identity – being kind to themselves, for example, or talking about difficult experiences – in a safe space, without much risk to their everyday sense of self.

A similar principle might apply to retreat-going but in terms of relationships. Retreats offer people sustained contact with a group of complete strangers, usually around seven days. Without much information on who you will be on retreat with, you are free to connect with others in ways you might otherwise feel were impossible. You are provided with what could be thought of as a relational blank slate.

Simon, for example, wasn’t a “recently divorced man”, with all the baggage that might bring to a new encounter. He could connect with another person free from assumptions and expectations. He felt a sense of companionship, or even simply of connection, that had been otherwise very difficult for him to access in his everyday life. 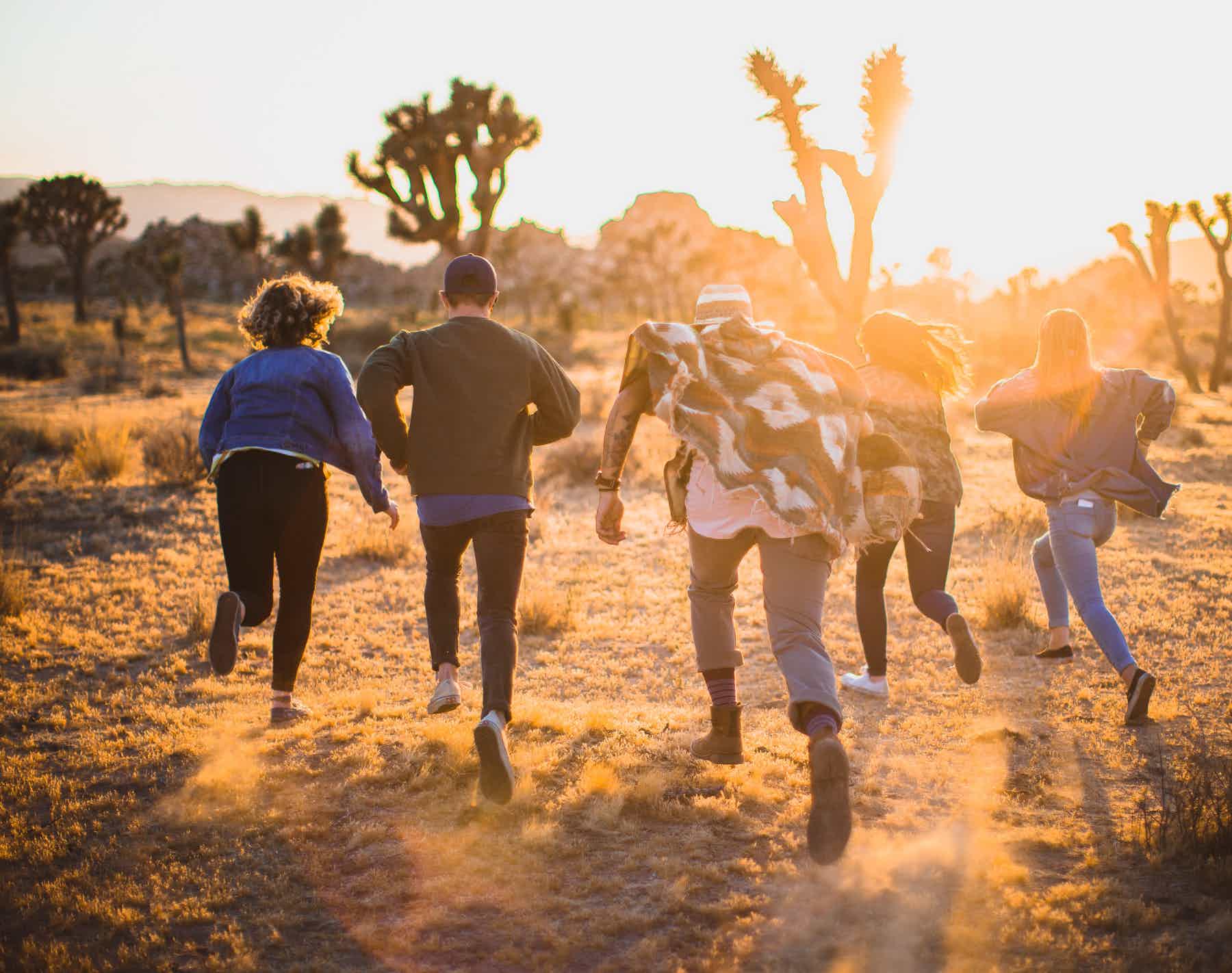 Another interviewee, Lorelei, who is a 37-year-old healthcare manager, described taking part in a “sharing circle”. This is a common activity wherein the whole group is given the chance to reflect on how the retreat is going and talk about their feelings with each other. She looked into the eyes of another participant by chance – a man she had never met before – and told me that, somehow, “I did not see them; I saw their soul. And it made me cry tears of joy.”

Lorelei could not explain the sense of connection and intimacy she felt with this stranger. It is true that empathy is a common feature of support groups, where participants share their own feelings and listen to the feelings of others. But the sense that they had been meant to connect lingered for months afterwards.

Anthropologists have described the mystical sense of connectedness that emerges during rituals and festivals, where people report a sense of commonality and shared humanity. This phenomenon also appears in everyday life too, for example in the context of raves and dance culture. But in retreat-going there is a sense of unexpectedness and surprise, too, which seems to be an important piece of the puzzle.

British sociologist Jennifer Mason highlights that chance connections with strangers can shock us out of staid relational habits and routines. They can shift our perspective on life, which is what can make them feel so potent – they might even hint at the sense we might be linked together in deeper, more mysterious ways, ways we can’t easily grasp.

Research increasingly points towards the importance of relationships for wellbeing. Going on a retreat, for many, is a way to re-enchant their relational lives. To return a sense of mystery and surprise to life that may otherwise have been lost along the way.

James Hodgson, Research Associate in Sociology of Relationships and Personal Life, University of Manchester. This article is republished from The Conversation under a Creative Commons license. Read the original article.

‘I did not see them; I saw their soul’: retreats are more about magical encounters than self-exploration