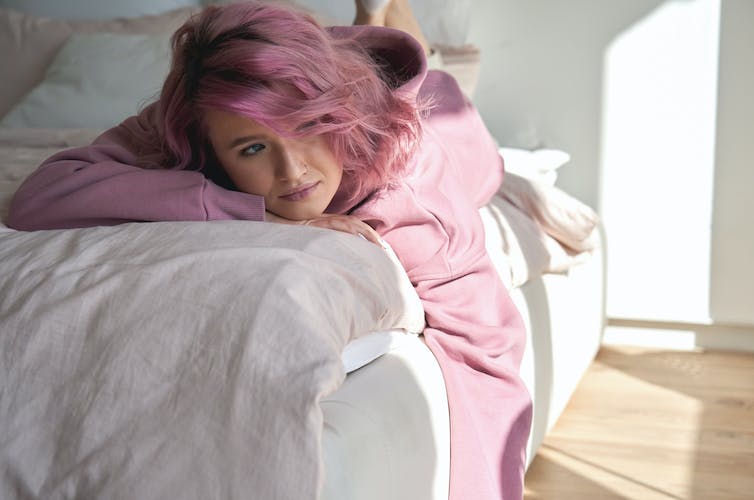 Young people with chronic health conditions cope with all of the usual challenges of growing up – making friends, changing schools, adapting to new situations, developing a sense of self, and dealing with interpersonal conflict. But they also have to deal with the challenges of their illness.

Young people with inflammatory bowel disease (IBD), a group of chronic conditions that includes Crohn’s disease and ulcerative colitis, have to deal with unpleasant symptoms, intrusive treatment and uncertainty. Typical symptoms include diarrhoea, abdominal pain, weight loss, blood in their stools and fatigue. The disease can go into remission, but there is no cure and flare-ups can result in hospital stays and missing school or work.

Findings from our recent study on mental health among young people with IBD show that when experiencing symptoms, some young people feel negatively about their friendships because they are embarrassed about their condition. And we found that this can lead to loneliness along with depression and anxiety.

Many young people with IBD choose to conceal their diagnosis from friends and colleagues. Our study found this is often out of a desire to present themselves as “normal” along with wanting to keep health issues private for fear of being judged.

Being diagnosed with IBD can create an abrupt shift in a young person’s expected biography, derailing their plans and expectations of life. Challenges to our identity are difficult to manage at any age, but can be particularly hard for young people as they transition towards adulthood.

Some young people we talked to said they feared being stigmatised because of their condition – which has been shown to happen to adults with IBD. This can be a key concern for young people with IBD, particularly just after diagnosis and during major life transitions such as moving schools, going to university, or starting a job.

To disclose or not

In our study, all of the young people had told at least one friend something about their IBD. Mostly their decision to tell had been their choice. But, visible indicators of their condition, such as a nasogastric tube, meant several young people felt compelled to disclose.

For such long-term chronic conditions, disclosure is ongoing and young people must make decisions throughout their life about what to disclose (or not) as they meet new people and enter into new situations. And although the social taboo of talking about bowels is being challenged, there is still a strong sense that toilet habits are awkward to talk about. 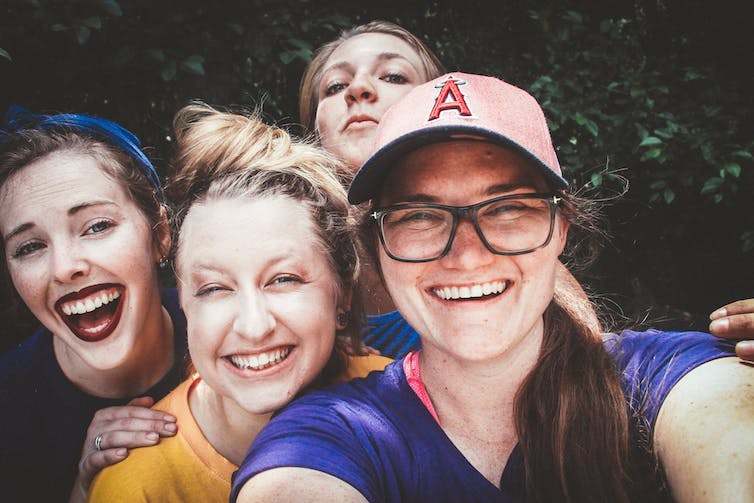 Many of the young people we spoke to said their friendships were important but they struggled with knowing how much to share. pexels

Starting a conversation about IBD was described as “tricky” and young people had to judge who they could trust – typically close friends – and how much to share. They generally avoided going into “too much detail”, or “making a big a thing about it” but also wanted friends to know it isn’t “just an upset stomach” as one young woman explained:

It’s hard to explain colitis, it’s the hardest thing in the world, still now after so many years. It’s not just an upset tummy, it’s the whole body and lots more complications and medication.

Some young people told stories of negative reactions from friends arising from misconceptions about IBD. Some friends worried they could catch IBD. Others were scared by the word “disease” or did not want to be friends with someone who was “different to them”. Some young people’s friendships were severed. Yet many found their friends to be supportive and their friendship ties strengthened.

By talking about their experiences and sharing images of previously hidden aspects of treatment – such as their stoma bag – young people are breaking down taboos and reducing the sense of isolation that can come with having a chronic health condition.

But while challenging social stigma is essential, our study also shows how important it is for young people with IBD to look after their mental wellbeing – and friendships can be a key part of this. This is why we’ve worked with young people to come up with the “telling my friends” resources, that will hopefully help other young people with Crohn’s or colitis talk to their friends about their condition.

It’s also important to highlight that our findings show that despite the struggles young people with IBD experience, none of them wanted to be or felt defined by their condition. They have the same concerns, aspirations and desires as other young people, and ultimately just want to be seen as normal – whatever that might look like.