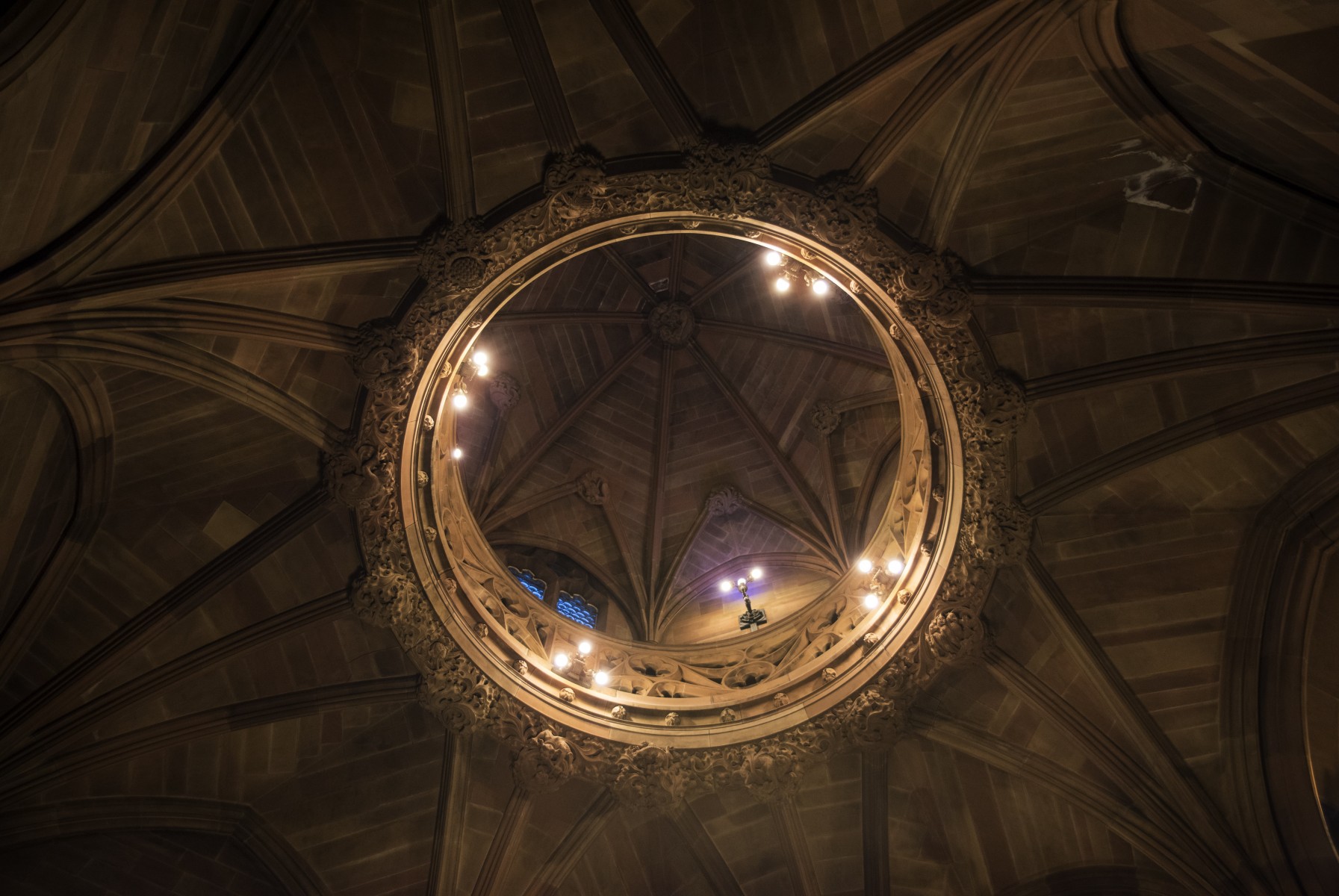 A brand-new sound installation has been commissioned to accompany the current Designing Dante exhibition at the John Rylands Library at The University.

The installation by Ivor-Novello nominated sound artist Sophie Cooper, entitled The Dante Loop, will be in place between Wednesday 8 June and Saturday 11 June 2022 and is free to view.

Working with Dante specialist Dr Guyda Armstrong of the Italian Department, Cooper has composed three new pieces which respond both to the three realms of Dante’s afterlife and the architectural spaces of the John Rylands Library.

Visitors to the installation will be taken on a sound journey through the Rylands building, starting in the depths of Hell, ascending through Purgatory, and up to the heights of Paradise.  Cooper has interpreted Dante’s representations of the spaces and soundscapes of the afterlife in the Divine Comedy using electroacoustic and multi-channel methods which bring together field recordings, choral singing and new composition, drawing on the physical space of the Library for a site-specific immersion of sound.

“Two of the most stunning features of Dante’s poem are its evocations of space and sound, and so it is a work which lends itself particularly well to the spectacular volumes and voids of the historic John Rylands Library,” said Armstrong. “ Sophie Cooper has created a suitably Dantean immersive experience which relocates Dante’s cosmos to twenty-first century Manchester, and this will be an experience not to miss.”