We interviewed Marcell Mapp, one of our current BSc students, about an anti-racism project he’s been involved with over Summer.

Incoming third-year International Disaster Management and Humanitarian Response student Marcell has been spending his summer establishing Revolution West Midlands, an initiative aimed at empowering, educating and mobilising everybody in the UK against systemic and institutional racism.

We spoke to Marcell about why he felt there was a need for this kind of project, some of the activities that have already gone ahead, and how he’d like to progress this in the future. 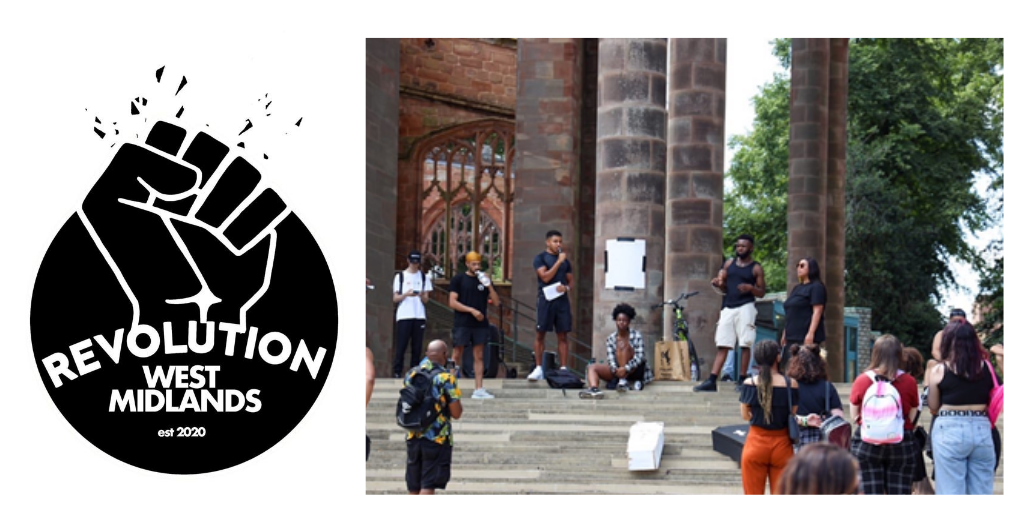 What is Revolution West Midlands, and how did it come about?

Revolution West Midlands is an initiative aimed at continuing the recent activism and interest in anti-racism in the UK, with the ultimate goal of seeing positive changes in opinions, policing and education. After the murder of George Floyd in Minneapolis, in May, there were numerous marches protesting against the treatment and representation of BAME people in society, including the disproportionate impact of COVID-19, and the over-representation in the criminal justice system.

I attended a couple of these protests in Birmingham and Coventry, which is the area I grew up in. Although it was undeniably beneficial to see such large crowds there, for the message it sends out that this is a problem and we’re not going to ignore it, myself and my friends felt like there wasn’t a clear goal of the march, and attendees didn’t necessarily learn anything new by being there. We realised that it made sense to use crowds like these more productively: to share stories and experiences, and educate one another.

What kinds of movement have you organised so far?

The first event organised solely by us, after gaining confidence when we filled the leadership void at a different protest on 4 June and got a feel for what was needed, was on 27 June. We gathered a crowd of 200 people in Coventry War Memorial Park and held our first public conference, facilitating discussions around criminal justice, education, and police brutality. This was attended by the sister of Darren Cumberbatch, who described her own experience of losing a brother to police brutality three years ago on 19 July 2017.

On 8 August we also held a ‘mock-funeral’/silent march and public teach-in, around and through Coventry city centre, finishing at Coventry Cathedral, to remember victims of systemic injustice and institutional failures. Issues like COVID-19, black women being 5X more likely to die during childbirth, disproportionate stop and searches were all discussed. Once we got to the Cathedral, we held an informal conference focusing on unpacking racism, and the oppression and stereotyping experienced by black men and women. This was followed by an introspective privilege activity to encourage individuals to reflect on any privilege and prejudices they may have held without realising, in a safe space. 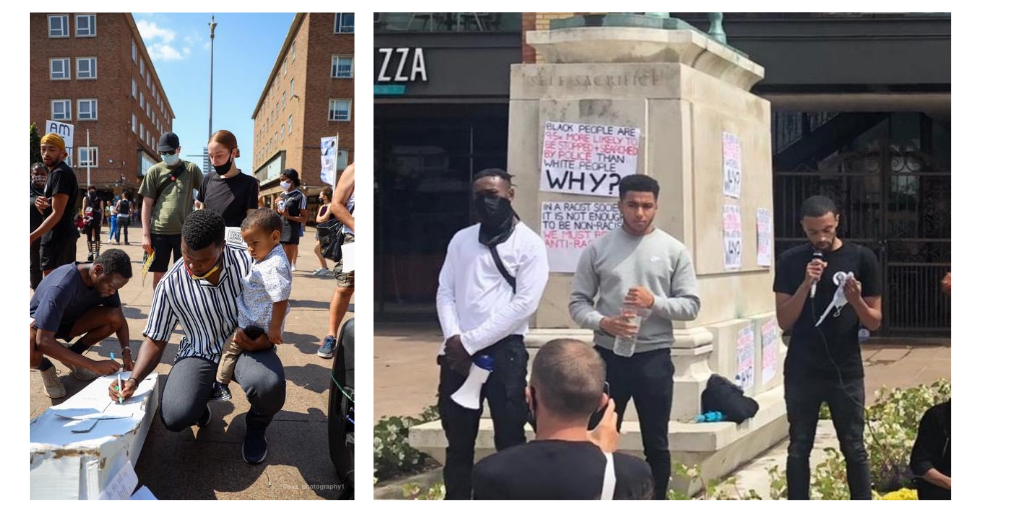 What kind of reaction have you had to your marches?

We’ve had really positive feedback from attendees, and really positive pick-up in the media from local and national newspapers, like the Coventry Telegraph. and the BBC. We’ve also worked with a member of the West Midland Police’s Inclusion and Diversity department about how to improve police training, as well as Labour’s Police and Crime Commissioner reaching out to us regarding their BAME manifesto. We’ve connected with Stand Up To Racism and Black Conscious Coventry which has allowed us to reach more people, so overall it’s been good to see our work being recognised and supported.

Where do you hope to take Revolution West Midlands?

Our events have been situated in West Midlands as obviously that’s where we’re based during Summer/holidays, but when I come back to Manchester in Autumn I’d like to continue the momentum and organise something up there. In the long-term, we’d like our work to be focused not just on racism, but all social inequalities, and hope to do this by working closely with like-minded people/groups, and being involved with local communities. On an academic level, I hope to do my final year dissertation around some of these topics, which I’ll then feed back into the teach-in sessions and use to improve my own knowledge.

HCRI, in conjunction with Marcell and other students, will be hosting an event for staff and students on Thursday, 15 October. The exact content is tbc, but will include discussion around microaggressions and stereotyping, anti-racism in the classroom and beyond, amongst other topics. More information will be shared shortly, but if you’re a student and would like to get involved with leading the event, please contact: