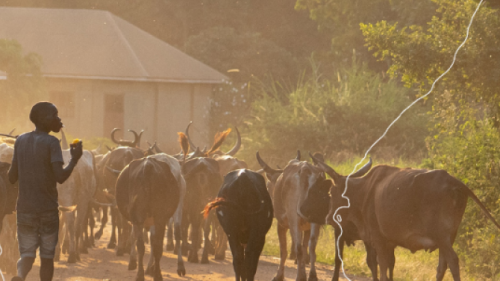 The report argues that in order to understand the changing place of protein in sub-Saharan African diets and food systems, it is important to investigate what motivates different financial actors to invest in new food products, markets and value chains – or to withhold investment from them.

This includes investment in a) animal products such as meat, fish, eggs and dairy products; b) crops containing high concentrations of protein such as beans, pulses and legumes; and c) processed ‘alternative protein’ products whose ingredients are derived from plants, insects, micro-organisms or animal cells grown as part of a tissue culture. Through analysing investment by state, philanthropic and private sector organisations – as well as multilateral financial institutions such as development banks – it aims to establish which actors invest in various types of protein production in sub-Saharan Africa, and to investigate which protein sources and stages of the value chain they finance.

In so doing, the report explores what sorts of protein production and provisioning systems are being brought into being in sub-Saharan Africa using the funding provided by different groups of investors – and what alternative possibilities might be being marginalised due to a lack of investment. It thus seeks to understand what might be attracting investment to particular protein production systems, groups of enterprises and locations within sub-Saharan Africa, and whose priorities, preferences and visions for the future of food might be informing the changing place of protein in sub-Saharan African diets, economies and food systems.

This research forms part of TABLE’s work theme on “Power in the food system: what’s powering the future of protein?”, which uses protein as a case study through which to explore debates about power in the food system. This work theme examines governmental, geopolitical, and corporate power alongside the influence of its less tangible manifestations – such as cultural, moral, or educational norms – on how stakeholders think about food and what they want for the food system.

You can read the full report here.