New research highlights the need to learn from past climate changes 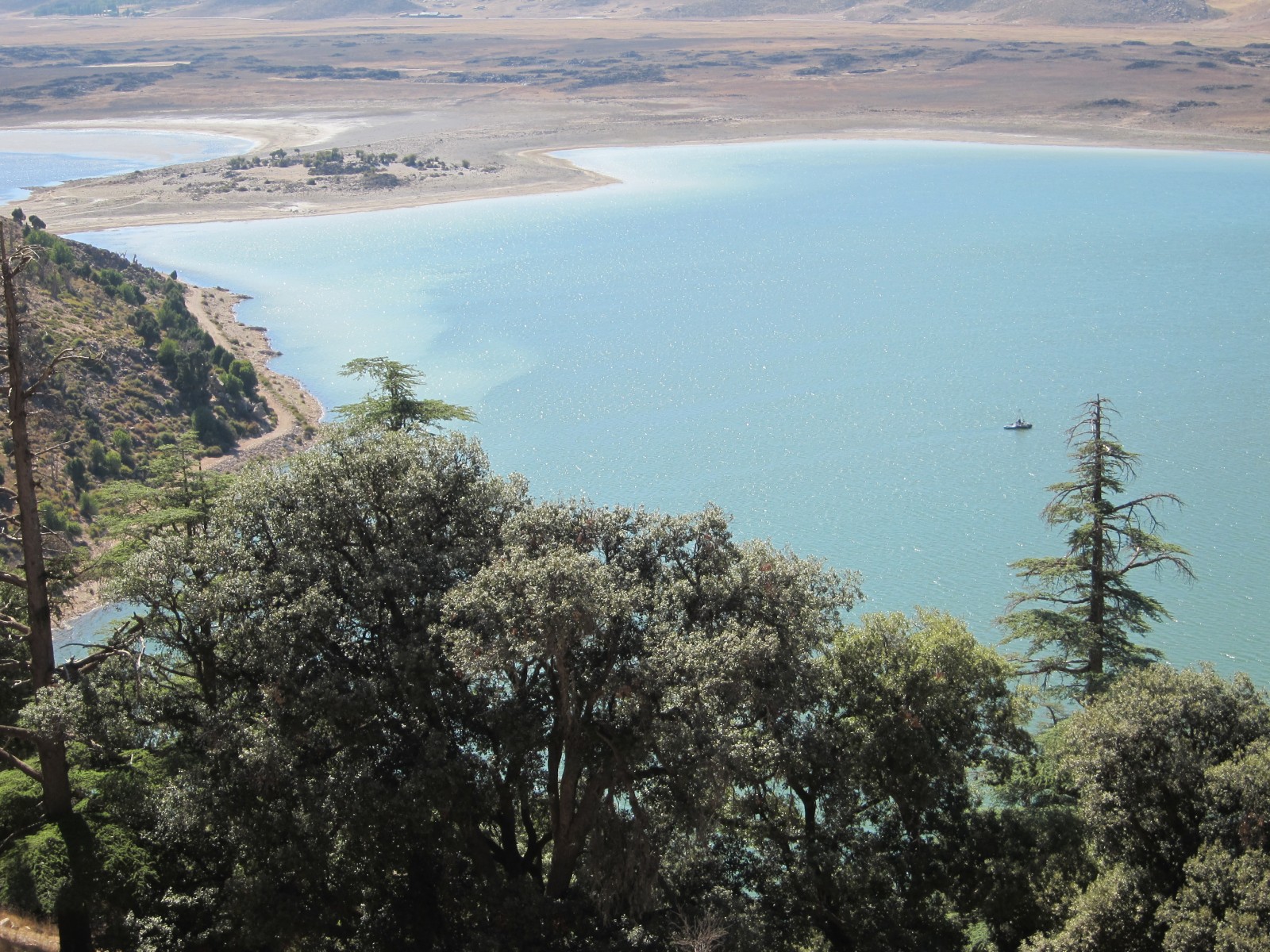 New international research led by The University of Manchester has highlighted that learning from previous periods of climate change is essential if we are to understand the vulnerability of species and ecosystems to global warming.

An international team of researchers led by Manchester’s Dr William Fletcher has produced the most detailed record of past vegetation change in Northwest Africa to date, based on ancient pollen grains and charcoal recovered from a lake in Morocco’s Middle Atlas mountain range (pictured above).

The pollen content of the lake sediments reveals how forest composition fluctuated in response to climate changes throughout the last 12,000 years. The study reveals a shifting balance between evergreen oaks, which developed during warmer times with increased drought stress, and Atlas cedar, which expanded during cooler intervals.

The findings highlight the exposure of Northwest African forests to climate change, and underscore the particular threat to the endangered Atlas cedar from projected future warming.

The study also shows that forest cover in the Middle Atlas mountain range has now reached its lowest level since the end of the last Ice Age. A combination of drier climate, increased wildfire activity and farming are implicated in gradual forest decline during the last 4000 years. Human pressure on forest resources then appears to have increased significantly around 1300 years ago, during a time of social upheaval in North Africa during the Early Muslim period.

Nevertheless, climate-driven fluctuations are evident throughout the record, despite opening of the forest cover and intensification of human impact.

Records of past ecological responses to climate change and human activity have a vital role to play in helping us to understand the fragility of natural environments in a changing world. Our long-term goal is to inform conservation measures for key species like the endangered Atlas cedar, and to ultimately mitigate against the most damaging impacts of global climate change.

The study was funded by the Natural Environment Research Council UK, the German Science Foundation and the School of Environment, Education and Development (The University of Manchester).

The research was conducted by pollen analysts and physical geographers working at The University of Manchester in collaboration with scientists from Montpellier University (France), Leipzig University (Germany) and Moulay-Ismail University (Morocco).

The article is published in Frontiers in Ecology and Evolution.

New research highlights the need to learn from past climate changes