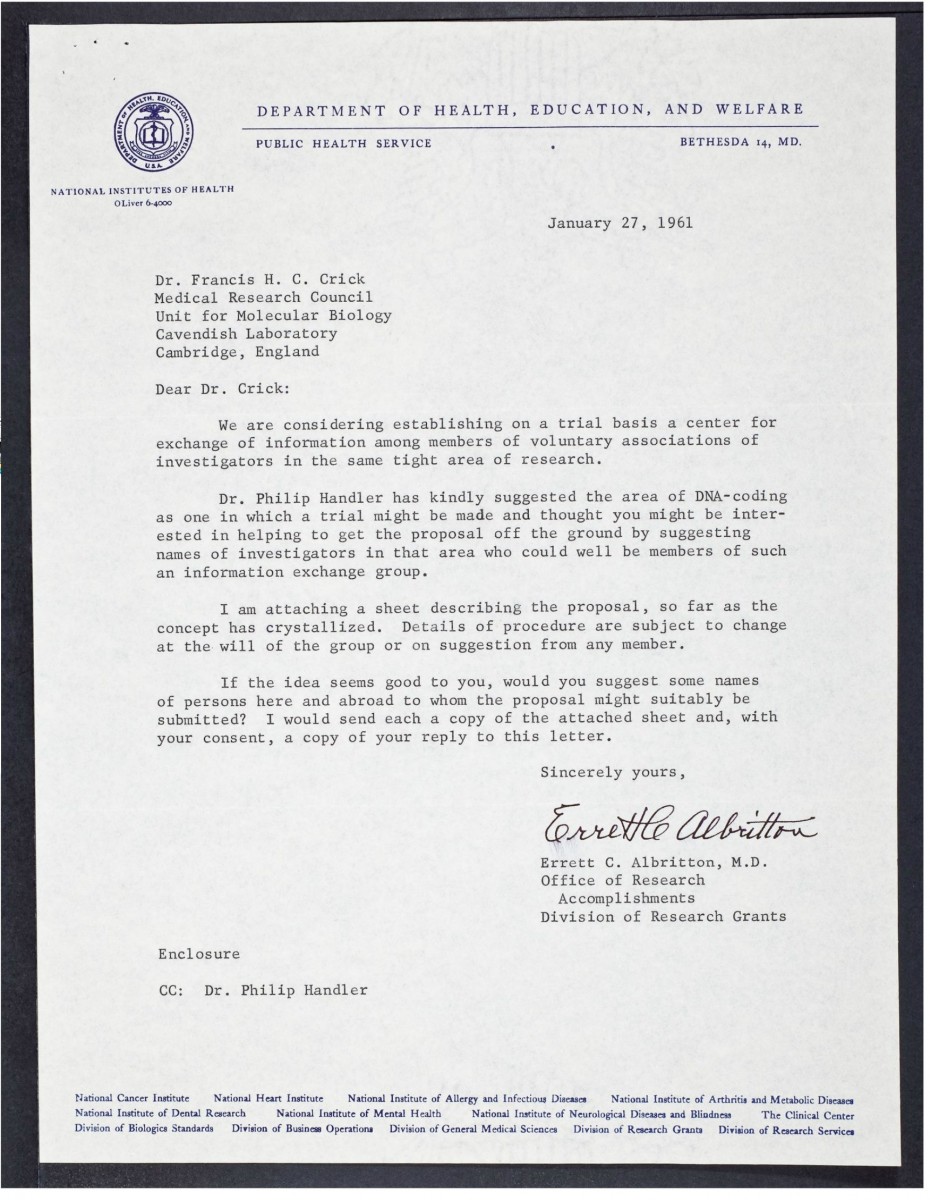 A scientist and historian from The University of Manchester has unearthed a document which throws light on a long-forgotten controversy in scientific publishing from the 1960s.

Writing in the journal PLOS Biology, Professor Matthew Cobb tells how he discovered the document – a letter to Francis Crick – in the archives of Cold Spring Harbor Laboratory, New York.

The letter invited Crick to join an experiment designed to encourage information sharing for biologists, which was called the ‘Information Exchange Groups’. Crick initially declined, although he eventually changed his mind.

The system,which was forced to shut down in 1967 following opposition from the established publishers, eventually involved over 3,600 researchers around the world and saw the production of over 2,500 different preprints, on millions of pages of paper.

Scientists have long complained it can take months or even years for a scientific discovery to be published, because of the slowness of peer review.

To cut through the problem, researchers in physics and mathematics now use “preprints” – preliminary versions of their scientific findings published on internet servers for anyone to read.

But it wasn’t until In 2013 that biologists were able to share preprints in this way.

The growth in the Information Exchange Groups and their possible extension into physics provoked systematic opposition from journal publishers such as Nature and Science.

Although well-intentioned, the Information Exchange Groups became hugely controversial. Journal publishers claimed only they were able to guarantee the accuracy and probity of scientific findings, and that the widespread adoption of preprints threatened their existence. But I suspect the real issue was the potential threat to publishers’ income and prestige

Vitriolic editorials were published as a number of journals refused to consider articles that had been circulated as preprints. That helped put an end to the Information Exchange Group experiment.

The widespread circulation of preprints in physics really took off in the 1990s with the appearance of the World Wide Web and a server called arXiv.

Biology continued to lag behind, and a further attempt to launch preprints in 1999 met with similar hostility from publishers and learned societies and was soon abandoned.

It is only recently that biology preprints have been widely accepted by scientists and by journals.

“Journal publishers claimed only they were able to guarantee the accuracy and probity of scientific findings, and that the widespread adoption of preprints threatened their existence.

“But I suspect the real issue was the potential threat to publishers’ income and prestige.”

He added: “Scientists are completely unaware of this controversy, but it illustrates how some vested interests have opposed the open circulation of knowledge in the name of money and prestige.

“It also shows how even old-style technology was able to bypass the traditional gate-keepers of science and the barriers they created.”