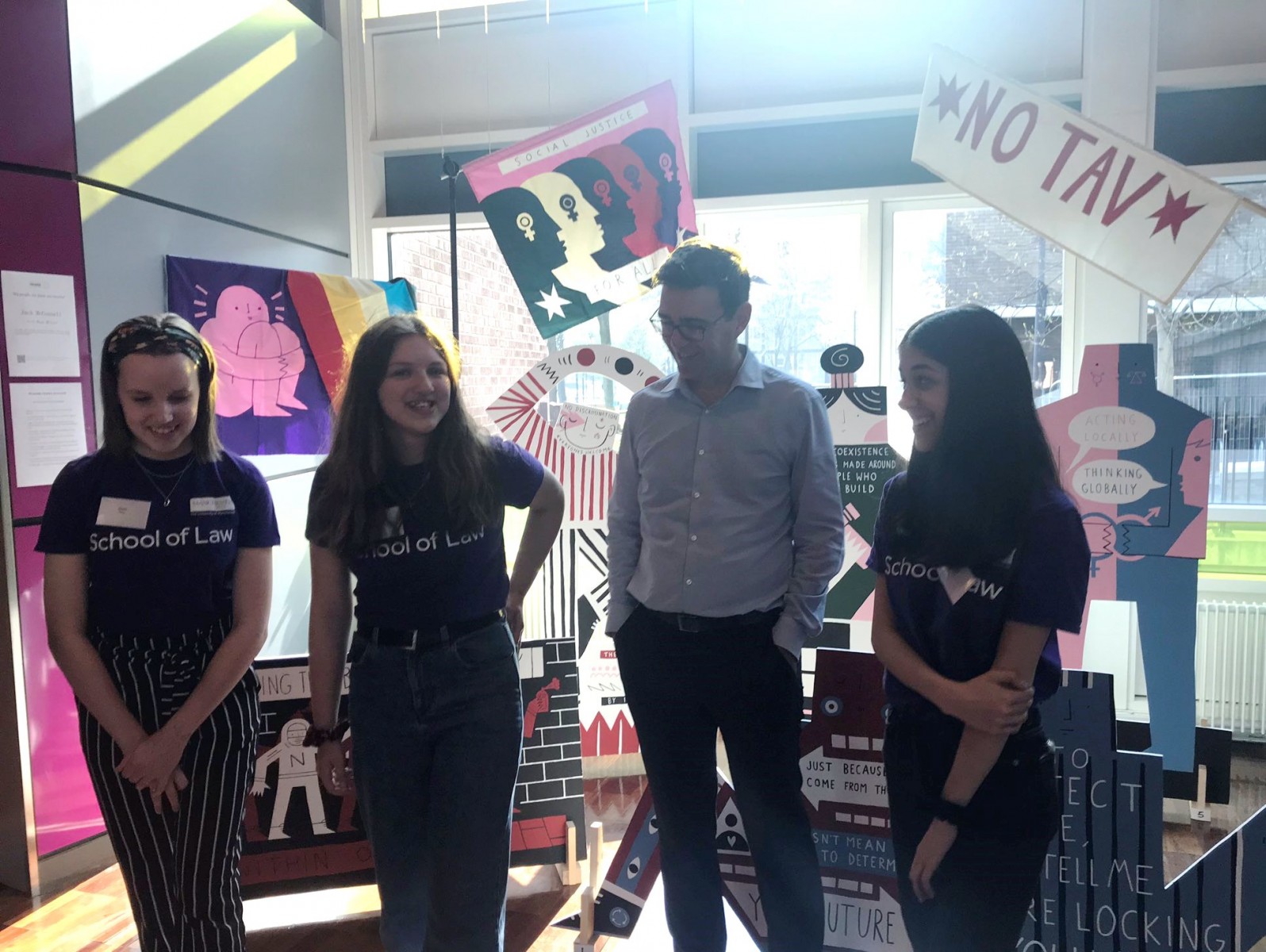 Andy Burnham, Mayor of Greater Manchester, has attended an event to mark the end of a major project which has researched the experiences of marginalised young people in ten countries across the EU.

Young people are often at the forefront of social, cultural and political change, driven by their energy and creativity, but also by their frustration at the challenges and barriers they face. The PROMISE project, led by Dr Jo Deakin of The University of Manchester, investigated young people’s responses to these challenges, focusing particularly on those who encounter conflicts with authority.

These young people are seen to be problematic to engage with, often triggering negative responses from authority, which marginalises them even more. The negative effect of this reduces opportunities for young people, and much of their creativity, innovation and energy is directed away from positive social change.

The researchers believe that youth ‘in conflict’ present significant opportunities for change - and should therefore be a main focus for policy makers and practitioners.

This project explored differences in youth attitudes and behaviour across Europe, as well as looking closely at youth engagement and innovation – it found that no two countries were the same, but that there were similarities in young people’s experiences.

The researchers found that young people in Spain responded to the 2008 financial crash – and resulting property market collapse – by doing maintenance work instead of paying rent, living communally, and even building their own homes. Meanwhile, LGBT youth in Russia facing state-led discrimination were motivated to develop activists’ associations and youth-led social initiatives, and in Italy, disadvantaged young street artists worked towards transforming their marginalisation into something positive.

Young people need to feel that they belong in order to truly engage. Our research found that a key factor in turning such negative stigma into positive engagement was the feeling of belonging to a wider community of people sharing the same values – we’ve heard from young people who are stigmatised yet hugely motivated to campaign once they feel part of the wider community.

“Greater Manchester is a city-region based on an energy of collectivism. We are in a place that has proven it is possible to make change when people group together to fight for it. Greater Manchester’s history links it to what the Horizon 2020 PROMISE project has been researching, and what you are talking about today at this great university. This project is so important, and I wanted to be here to give my support.”

Dr Deakin and her team now intend to develop guides for teachers and youth workers, as well as feed into government policy in each partner country. “My message to policymakers is that they should focus on four key issues: recognising the diverse life paths of young people, enhancing the recognition and support of youth-led initiatives, promoting effective support structures for young people and creating safe spaces for young people in towns and cities,” she added.