Making immigration ‘the story of the 21st century’

The harrowing and in some cases inconclusive stories of five refugees have been told by Cathleen Miller, a Fullbright Scholar serving as Distinguished Chair of the Humanities at the University of Manchester, for Aljazeera. 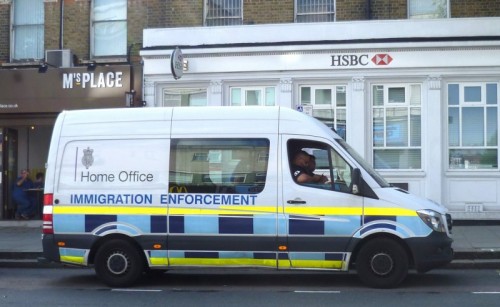 Published in the run-up to World Refugee Day (20 June 2019) and for Refugee Week (17-23 June 2019), the five refugees who have been living in England each detail their stories of pain, loss, sacrifice, violence and courage in the face of abuse, red tape and the very real possibility of death.

Jenny Dakosta Van Mputu from the Democratic Republic of the Congo is currently homeless in the UK where he is seeking asylum. He has been homeless and prohibited from working since 2013, and yet his cause motivates him to spend his days in the library and nights in a 24-hour McDonalds restaurant working tirelessly to help Congolese victims of human rights abuse, taking their cases to the International Court of Justice using his years of studying the law and his laptop, his prized posession. Jenny escaped the corrupt regime in the DCR, where his family were made homeless when his widowed mother refused to marry her brother-in-law. His mother died and at 14 Jenny was sole carer for his two younger siblings. He came to the UK with no papers and no home after years of fighting injustice in his home country, where he was arrested and wanted by the corrupt regime. 12 years on and he is still awaiting asylum seeker status in Britain, knowing if he returns to the DCR he will surely be killed. He wishes to study law and has a 21-year-old son still in the DCR who is studying law. He has not seen his son in over a decade.

A Nigerian woman going by the false name of Odachi Mustapha abandoned her son for the sake of her three daughters. She was abused by her husband and forbidden to work and upon learning her husband and in-laws planned to subject her girls to FGM, or female circumcision, she scrimped and saved to fly herself and her daughters to Manchester, leaving her son behind. They were placed in a slum, which was a shock for the girls who had been used to living in relative luxury in Nigeria. In 2017, the Home Office gave them private accommodation and an allowance, which was a huge relief as Odachi cannot work in the UK without papers. All four of them still face the risk of being deported back to Nigeria.

A woman going by the name of Laila was married off at 13 to a man twice her age and a life of abuse followed, including two forced back-street abortions as her husband did not wish to have children. They eventually had a son, and when he turned 14, Laila escaped to Manchester with the help of her widowed mother were she claimed asylum as a victim of domestic violence. Laila was given accommodation and a allowance by the Home Office but when her son turned 18 their application to remain was rejected and they were cut off from accommodation and any allowance. Her estranged husband had been harassing her mother back in Pakistan and a newspaper clipping emerged of him pointing a gun at the family home - evidence that allowed Laila to reclaim her right to housing and welfare temporarily, but they were later both detained at an Immigration Removal Centre and are now resubmitting their case with legal aid. If they return to Pakistan, she believes her husband will kill her.

Finally, Soheila (also a pseudonym), a maths prodigy at school in Iran, was made to marry at age 16 to a man 12 years her senior who abused and raped her. She had two sons by age 18 and suffered from postnatal depression, for which her mother-in-law bullied her by threatening to remove her children from her. The doctor provided her with a note to use in an application to divorce on the grounds of violence but it was rejected, so she fled with her boys to live with her mother until her sons were 18 and 19, her estranged husband continuing his campaign of harassment. Soheila channelled her energies into training in taekwondo and became a coach, saving her money. She eventually agreed to accompany her husband on a trip to Sweden where she had friends under the pretence of returning to him, but slipped away at Stockholm airport. From Stockholm, she travelled to England to join her son who was studying in Manchester, but was put in detention, where she began a hunger strike. She was given housing in Liverpool but the trauma of her life has affected her deeply, attempting suicide. Age 54, after six years, she has been granted asylum.

Each story features on the Aljazeera website and Miller hopes they act as a platform to raise awareness of the very real obstacles those who have given everything to save their lives and those of their children face when they are at their absolute lowest.

“I'd like to thank the US-UK Fulbright Commission and the University of Manchester for the opportunity to do this work and Al Jazeera,” she wrote in an email correspondence.

“The UN believes that immigration is the story of the 21st century, and certainly in the process of interviewing the subjects for this story, the overwhelming obstacles they face became clear.”

To read all five of Miller's profiles published by Aljazeera, click here.