Man U deal is ‘good news for Adidas’

Man U deal is ‘good news for Adidas’ 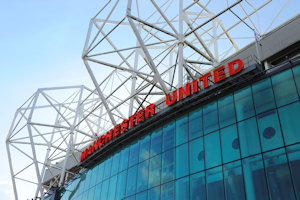 Yesterday, Manchester United announced a 10-year contract with Adidas, making it the club’s new kit sponsor for a record-breaking minimum £750m. Manchester Business School’s Dr Leah Donlan, a lecturer in marketing, asks what’s in it for the German manufacturers.

“There are many reasons why sportswear manufacturers want to supply the kits of the biggest football teams in the world, not least of which is the potential for enormous growth in sales resulting from such a deal.  Well over 1 million shirts per season are sold for the biggest names in world football, with Manchester United and Real Madrid leading the way, followed by Barcelona.  Sales figures of these magnitudes can therefore translate into significant profits for the kit manufacturers, which goes some of the way to explaining why they are prepared to pay hundreds of millions of pounds as kit sponsors.  However, sales alone do not necessarily justify the huge sums of money involved.

"In addition to the sale of shirts, there is considerable prestige associated with supplying kits for the best teams in the world, with sponsors such as Nike and Adidas benefitting from positive image transfer through their associations with the likes of Barcelona, Manchester United and Real Madrid.  The access to players that such deals confer on the kit manufacturer brands is also beneficial in that they can build their advertising and wider promotional campaigns around the very marketable and attractive images of superstar footballers such as Cristiano Ronaldo and Lionel Messi.  These footballers are very persuasive promotional tools, particularly among children who want to emulate their heroes by wearing the same kit.  Similarly, the media coverage of these teams guarantees that kit manufacturers will get their logos and products in front of hundreds of millions of viewers and readers, reinforcing valuable top of mind awareness.

"All of these arguments could be put forward to justify a sponsorship decision by any manufacturer, so what is it about the Manchester United deal which makes it attractive to Adidas but not to Nike?  In considering a sponsorship deal of this magnitude, brands will assess the extent to which the proposition offers value for money and, importantly, the extent to which it will offer them a return on objectives, which may be financial or non-financial in nature.  Adidas is a brand with a very strong heritage in football and securing a kit sponsorship deal with one of the biggest team brands in world sport will be seen to provide them with a significant competitive advantage over its rival Nike.  There is also the issue of fit with the brand’s strategic positioning and its desired direction over the next 10 years.

"By adding Manchester United to their portfolio of teams, Adidas can strengthen its global brand position and reinforce its superiority in football across a wider range of markets."

Dr Donlan is available for interview