Thousands of tributes left by the public to remember those killed or injured in the Manchester Arena terrorist attack will be preserved for the future, thanks to a grant made possible by National Lottery players, and with the involvement of University of Manchester staff and students.

The Manchester Together archive, held at Manchester Art Gallery, is made up of more than 10,000 items left in locations across the city, including St Ann’s Square, in the weeks following the 22 May 2017 Manchester Arena attack.

The items include notes, poems, cards, t-shirts, soft toys with personal messages, Manchester bee drawings and balloons. Students and staff of The University of Manchester have worked with Manchester Art Gallery and other city and cultural organisations, local communities and businesses to preserve, document and store these.

Now, thanks to money raised by National Lottery players, Manchester Art Gallery has received a grant for £99,700 to document and digitise the items and create a searchable online archive.

The money will fund two members of staff to help develop the archive. They will also recruit and train 15 volunteers to photograph every single item that was collected.

The funding will ensure the public can access and explore the items digitally. The items will continue to be stored at Manchester Art Gallery.

Those who left messages and tributes will be able to comment on the online archive, adding detail as to why they took part.

Following the Arena attack, St Ann’s Square became a focal point for people to express their grief and solidarity with bereaved families and those affected by the attack.

A number of organisations, including CityCo, Harwell Document Restoration Services, Timpson, The Teddy Trust and The Women’s Institute, stepped forward to contribute to the temporary storage and conservation of the tributes over the summer 2017.

Sir Richard Leese, leader of Manchester City Council, said: “Manchester promised that we would never forget the Arena attack victims and this is part of keeping that promise. In St Ann’s Square, we saw the public stand shoulder to shoulder with those who had been most closely affected; an act of impressive solidarity that signified our refusal to give in to hatred.

“I am glad that those expressions of solidarity will be preserved and kept – they are now part of Manchester’s rich history and we should remember and reflect upon them.” 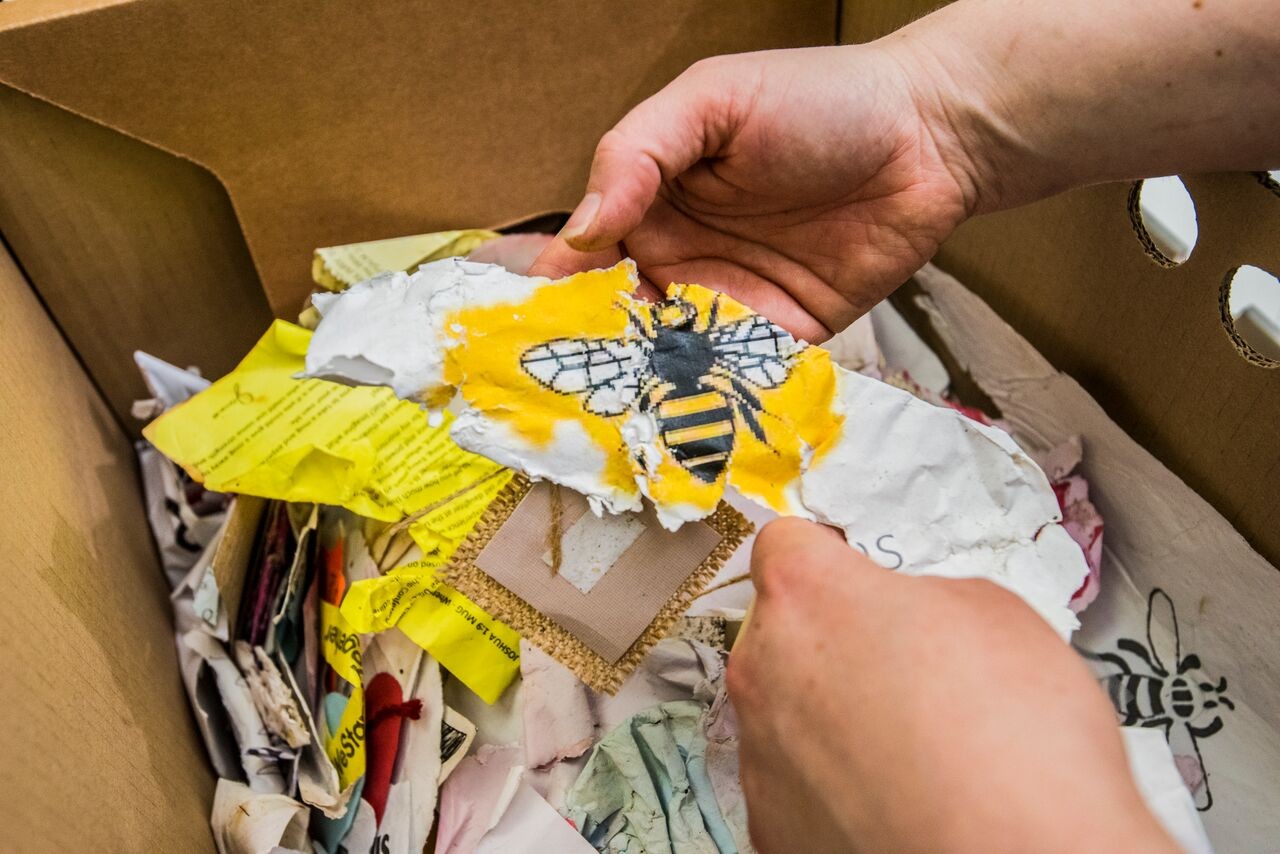 The project partners, in collaboration with the Manchester Resilience Hub, will also explore the possible use of the archive for therapy to help families with the grieving process. The archive has already been visited by a number of those who lost loved ones in the Arena attack.

The University of Manchester is organising an international workshop at the Manchester Art Gallery in September 2018. The workshop, which is funded by the British Academy, will bring together representatives from cities that have suffered terrorist attacks in recent years, such as Barcelona, Brussels, Paris, Nice and Stockholm, to discuss how to manage archives of the attacks’ spontaneous memorials.

Amanda Wallace, deputy director of Manchester Art Gallery, said: “From scribbled notes on scraps of paper to beautiful paintings and poems – everything that was left in St Ann’s Square is an important part in the story of what happened here. I am committed to providing a permanent home of the archive at Manchester Art Gallery and excited about the opportunities for developing, interpreting and digitising this material for the public benefit.”

The “10,000 objects” short film offers an overview of the processes and conversations that led to the foundation of The Manchester Together Archive.

The project is led by Manchester Art Gallery in partnership with Archives+ and the School of Arts, Languages and Cultures at The University of Manchester.

“Through the digitisation of the archive and a collaborative research programme with cultural partners in Manchester and other cities in the UK and abroad that have suffered terrorist attacks, we aim to understand the impact that archives of spontaneous memorials have on shaping personal and collective memories of the events and on challenging existing museological and archiving practices.”

Nathan Lee, Head of Heritage Lottery Fund, North West, said: “Thanks to money from National Lottery players, the public’s spontaneous messages and tributes will be kept for current and future generations. I am proud that the Heritage Lottery Fund has been able to play a small part in preserving this record of Manchester coming together.”

Anyone affected by the Manchester attack can access the support services: https://manchesterattacksupport.org.uk/