Manchester Central Library hosted a day-long event to reflect on the complex history and legacies of the Nigeria-Biafra war. 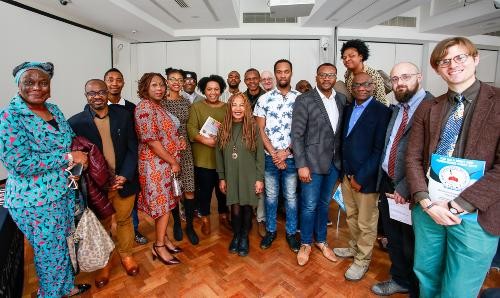 Even though the conflict lasted less than three years (July 1967 to January 1970), the Biafra War marked a rupture in the moral and political fabric of 20th century Nigerian and African history.

The event, which took place on Saturday 25 January 2020, was made possible by the generosity of the Social Responsibility Fund of the School of Arts, Languages and Cultures at The University of Manchester, and was organised with the support and involvement of the Igbo Community Manchester and the Nigerian Students Society.

The agenda featured an academic panel in which two leading experts on African arts, Dr Matthew Lecznar and Dr Louisa Egbunike, reflected on the impact of the Biafra War on literature and visual arts.

Attendees were shown the first UK screening of ‘In the Shadow of Biafra’, a documentary produced by Louisa Egbunike and directed by Nathan Richards, who introduced the film to an engaged audience.

In the third session, poems inspired by the war were read by Zoe Ejiofor and Oluwatamilore Clinton, two members of the Nigerian Students Society, accompanied by Mike Jennings, a 1st-year undergraduate history student, on guitar. At the end of the day, there was an audience ‘Q and A’, chaired by Anene Chiegboka, vice-chairman of the Igbo Manchester Community.

The event marked the 50th anniversary of the end of the war and served to share the history of Biafra, which has for many years been repressed, misunderstood and manipulated for political gain. 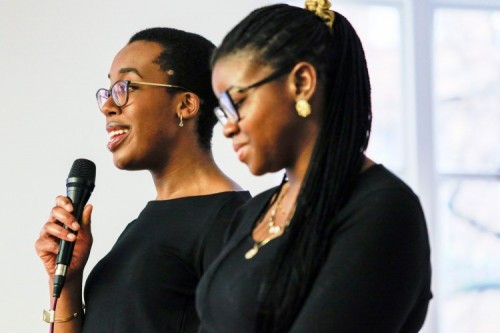 Hosting the event in the Manchester Central Library sent the message to both the Nigerian communities and the city of Manchester as that Igbo, Nigerian, African histories matter and deserve to be represented and nurtured in institutional public spaces.

The event acted as a catalyst of historical knowledge, memory, artistic practice, open debate and critical reflection. The many participants, largely drawn from the Nigerian community in Manchester and some from further afield, had a precious and unique chance to reconnect with their parents’ and grandparents’ lived experience, and by doing so raise important – and difficult – questions about identity, belonging and the future of Nigeria and Africa.