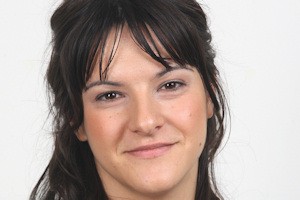 Four University of Manchester scientists have been honoured by the Royal Society of Chemistry this week.

Professor David Leigh from the School of Chemistry has been named the Royal Society of Chemistry Pedler Award winner for “pioneering work on the biologically inspired design and synthesis of artificial molecular machines”.

Professor Leigh’s research group has developed some of the most advanced synthetic molecular machines ever made—all inspired by nanomachines in biology.

He said: “Perhaps the best way to appreciate the technological potential of molecular machines is to recognise that nanomachines lie at the heart of every significant biological process. Over billions of years of evolution nature has repeatedly chosen this solution for achieving complex task performance with good reason.

“When we learn how to build artificial machines that can interface their effects directly with other molecular-level substructures and the outside world, it will potentially create a nanotechnology-based revolution.” Professor Leigh’s work brings this tantalising prospect ever closer.

Dr Cinzia Casiraghi, also in the School of Chemistry, has been named the Royal Society of Chemistry Marlow Award winner for 2014.

Dr Casiraghi’s research uses a non-destructive technique called Raman spectroscopy to examine the structure of carbon-based nanostructures (materials with typical size well below the diameter of a human hair).  Her group looks for ways to tune these structures to suit different applications, for example, their work used carbon thin films to achieve ultra-high density data storage and ultra-long storage of sparkling liquids in plastic bottles.

Currently, the group is focusing on the production, characterization and applications of graphene and other one-atom thick materials. Because of its unique properties, graphene is expected to be used in novel applications such as printable and flexible electronics and solar cells, ultra long-life batteries, efficient fuel cells, and very sensitive sensors.

A third prize goes to the School’s Professor David Procter who is the Royal Society of Chemistry Bader Award winner for “significant contributions to synthetic methods development for the efficient construction of complex molecules of biological interest”.

The Bader Award recognises eminence in organic chemistry, which has not previously been rewarded by the RSC.

Finally, Professor Sabine Flitsch, again in the School of Chemistry, has been named the Royal Society of Chemistry Interdisciplinary Prize winner for 2014.

Professor Flitsch’s research interests are on the interface of chemistry and biology with a focus on applications in biotechnology.  Her group has broad areas of interest including studying the effects that sugars have when they bind to proteins (glycosciences), and using enzymes to speed up chemical reactions (biocatalysis).  Biocatalysis has huge potential in the production of chemicals, pharmaceuticals and healthcare products.

Head of School, Professor Christopher Whitehead, said: “Congratulations to all four of our Royal Society of Chemistry awards winners. These honours are very well deserved in all cases and great recognition for the exceptional talent that we have within the School.”

Dr Robert Parker, Chief Executive of the Royal Society of Chemistry, said: “Each year we present prizes and awards to chemical scientists who have made an outstanding contribution, be that in their area of research, in industry or academia.

“We’re working to shape the future of the chemical sciences for the benefit of science and humanity and these prizes and awards give recognition to true excellence.

“Our winners can be very proud to follow in the footsteps of some of the most influential and important chemical scientists in history.”

An incredible 47 previous winners of the Royal Society of Chemistry’s Awards have gone on to win Nobel Prizes for their pioneering work, including Harry Kroto, Fred Sanger and Linus Pauling.

● A fifth member of the School of Chemistry and Head of the School of Materials, Professor Paul O'Brien, is also celebrating after recently being awarded the Institute of Materials, Minerals and Mining's (IoMMM's) prestigious Platinum Medal in recognition of outstanding contributions to materials science, technology and industry, nationally or internationally.  Professor O’Brien will receive his award on 15 July at the Institute's London headquarters.

There are over 60 Prizes and Awards available in the main portfolio, covering all areas of the chemical sciences.  So whether you work in research, business, industry or education, recognition is open to everyone.

The Royal Society of Chemistry is the world’s leading chemistry community, advancing excellence in the chemical sciences. With over 49,000 members and a knowledge business that spans the globe, we are the UK’s professional body for chemical scientists; a not-for-profit organisation with 170 years of history and an international vision of the future. We promote, support and celebrate chemistry. We work to shape the future of the chemical sciences – for the benefit of science and humanity.

Image: Dr Cinzia Casiraghi (pictured) was one of four Manchester scientists honoured by the RSC