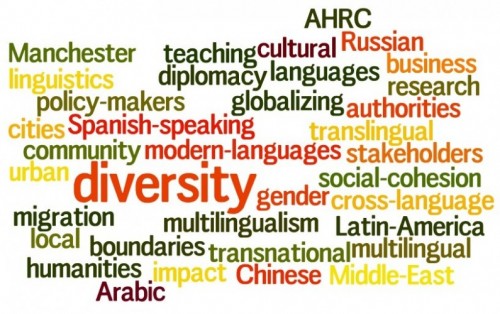 A consortium led by The University of Manchester has been awarded a multi-million pound grant from the Arts and Humanities Research Council’s Open World Research Initiative.

Aimed at investigating the central role languages play in relation to key contemporary issues such as social cohesion, migration, business and diplomacy, the £3.9 million grant seeks to have a significant impact on the study of modern languages in the UK.

The Principal Investigator of the consortium’s ‘Cross-Language Dynamics: Reshaping Communities’ programme is Stephen Hutchings, Professor of Russian and Interim Head of Manchester’s School of Arts, Languages and Cultures.

The initiative will develop transformative new ways of understanding the relationship between language and community.

The programme’s ‘Multilingual’ strand is led from Manchester by Yaron Matras, Professor of Linguistics, who also leads the University’s Multilingual Manchester initiative.

It will investigate how language diversity shapes the identity of major cities, taking Manchester as an example and comparing it with other urban centres.

The programme will also investigate communities that share a single language but are dispersed across different nation states.

This strand, the ‘Transnational’ strand, is led from the University of Durham by Andy Byford, Senior Lecturer in Russian, and Anoush Ehteshami, Professor of International Relations with expertise in Arabic.

The success of this grant reflects the quality of research in Modern Languages and Linguistics at the University of Manchester.

Stephen Hutchings, Professor of Russian and Interim Head of Manchester’s School of Arts, Languages and Cultures
„
Follow me on Twitter (opens in new window)

The programme’s ‘Translingual” strand will examine the way in which language boundaries are transcended in cultural creativity. This is led by Catherine Davies, Professor of Hispanic and Latin American Studies at the Institute of Modern Languages Research, School of Advanced Study, University of London.

The consortium draws on concentrations of Modern Languages excellence at 9 other UK universities and several non-UK universities.

‘Cross-Language Dynamics’ seeks to inform key stakeholders and policy-makers and will work with various partners in the public and private sectors, ranging from schools to arts organisations, policy think tanks and local authorities.

The award builds on prior research projects in transnational Russian media environments, urban multilingualism, gender and community in Latin America, Russian and Spanish-speaking diaspora communities and the politics of identity in the Middle East.

Professor Hutchings said: “The success of this grant reflects the quality of research in Modern Languages and Linguistics at the University of Manchester. The new project will reshape Modern Languages research, teaching and impact agendas within universities.

“It will locate Modern Languages at the heart of a powerful vision for the civic university’s changing role in a globalizing world, establish the discipline at the cutting edge of humanities research and deepen public understanding of the importance of language as a driver of community values. It is a strong indication of Manchester’s continuing commitment to Modern Languages.”

Professor Yaron Matras said: ‘We are excited by the opportunity the AHRC award has opened to expand our existing collaboration between the academic community and local stakeholders in the public, private, and voluntary sectors, including local government. As a city, Manchester is proud of its language and cultural diversity, and we will help flag how this diversity is an asset and a valuable resource.”