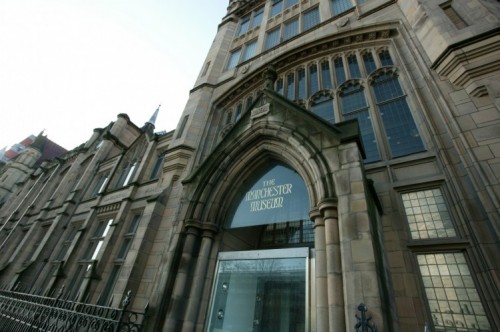 The gallery will form the centrepiece of the Museum’s new £11.5 million capital expansion which will include a much larger space for temporary exhibitions, a new entrance and expanded public facilities.

The South Asia gallery will draw on some of the best of the national collections from the British Museum to showcase the history and cultures of this pivotal region, in a way that will engage the city-region’s diverse communities, day visitors and tourists. It will also be developed in close consultation with local communities.

It is particularly appropriate to site this gallery in Manchester, as nearly 9% of the Greater Manchester population is of South Asian origin. This large population has come about because of the strong historic links between Manchester and the Indian sub-continent through the textile trade. However, their culture and history has been under-represented, and bringing the British Museum’s collection to northern England provides an opportunity to address this.

The Director of Manchester Museum, Dr Nick Merriman, said ‘I am delighted that the Chancellor has announced this funding. It means that, with a commitment from the University, we have already raised over 50% of the funding needed to deliver the facilities we need for the Manchester Museum to engage with larger and broader audiences. The South Asia gallery will be a great draw for local residents and tourists alike, and is the natural outcome of our partnership work with the British Museum, which has been developing for more than a decade.’

Neil MacGregor, Director of the British Museum said 'We are delighted that the Chancellor has recognised the important role that museums and galleries play in the life of the UK and to Britain’s role in the world. The South Asia gallery at Manchester Museum is the latest in a series of partnership galleries which the British Museum has undertaken with key UK partners. The £5 million announced by the Chancellor is a significant investment which will benefit local and national and global audiences alike.’

Museum of the Citizen

This autumn the British Museum has organised a programme of public discussions at partner museums throughout the country called the Museum of the Citizen. As part of this programme the British Museum and Manchester Museum are holding a discussion on Friday 4 December from 12.30-2.00 for a select invited audience of key political, business, academic and community stakeholders which will take its theme from Manchester’s plans to create a large new permanent South Asia gallery in partnership with the British Museum. The event will explore the powerful potential for museum collections to build stronger connections within changing local communities, showing how key loans and partnerships with national museums can open new dialogues with the public.

During the event live tweeting will take place to open up the discussion across social networks both locally and globally using the hashtag museumofthecitizen. The digital home for the Museum of the Citizen programme can be found at http://citizen.britishmuseum.org/

The South Asia gallery will be a great draw for local residents and tourists alike, and is the natural outcome of our partnership work with the British Museum, which has been developing for more than a decade.

Manchester Museum hosts a collection which includes archaeology, anthropology and natural history and is owned by the University of Manchester. Sited on Oxford Road at the heart of the university's group of neo-Gothic buildings, it provides access to about 4.5 million items from every continent. It is the UK's largest university museum and serves both as a major visitor attraction and as a resource for academic research and teaching. It has around 430,000 visitors each year.

About The British Museum

The British Museum holds in trust for the nation and the world a collection of art and antiquities from ancient and living cultures. Housed in one of Britain's architectural landmarks, the collection is one of the finest in existence, spanning two million years of human history. Access to the collection is free.

The Museum was based on the practical principle that the collection should be put to public use and be freely accessible. It was also grounded in the Enlightenment idea that human cultures can, despite their differences, understand one another through mutual engagement. The Museum was to be a place where this kind of humane cross-cultural investigation could happen. It still is.The British Museum across the UK:

· The British Museum is recognised as the museum with the largest, most long-standing and inclusive UK programme, supporting hundreds of museum partners each year

· Last year, three million people in the UK saw British Museum objects at venues outside of London – in addition to two million people from across the UK who visited us in Bloomsbury.