UK researchers have played a key role in the first successful acceleration of electrons using a wave generated by protons zipping through a plasma.

The breakthrough by the AWAKE (Advanced WAKEfield Experiment) collaboration at CERN could radically change the design of future particle accelerators and paves the way for an entirely new generation of particle physics experiments.

Professor Matthew Wing (UCL) is Deputy Spokesperson for the AWAKE collaboration and Principal Investigator for AWAKE-UK: “We have accelerated particles to greater energies and over shorter distances than was possible with current technology, which could result in accelerators of much reduced length and therefore cost. This is a crucial next step in achieving high-energy collisions to probe the fundamental laws of nature.”

The AWAKE proof-of-concept compact accelerator project injects a ‘drive’ beam of protons from CERN’s SPS accelerator into a plasma column. As the particles travel through the plasma, they generate a type of wave called a wakefield that rapidly picks up energy before a second beam of electrons is accelerated by the wakefield.

Dr Guoxing Xia, the principal investigator from The University of Manchester, said: “This milestone will pave the way for the future energy frontier collider design in a much more compact and cost effective way.” 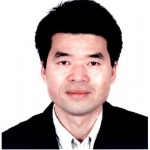 This milestone will pave the way for the future energy frontier collider design in a much compact and cost effective way.

This new result has shown that electrons injected into AWAKE at relatively low energies of around 19 MeV, “rode” the plasma wave, and were accelerated by a factor of around 100, to an energy of 2 GeV (billion electronvolts) over a distance of only 10 metres.

Dr Xia added: “Our group is an important partner to the AWAKE Collaboration. We have been contributing the key components to the AWAKE experiment, such as pepper-pot diagnostic, from its design, manufacturing to commissioning and operation. Meanwhile we also contributed to understanding of the interactions between proton beam, plasma and electron beam via theoretical and simulation studies.

“For the continuation of this promising project, we are currently advancing the electron diagnostics by designing a new betatron radiation spectroscopy for the AWAKE Run II, which is expected to be occurred in 2021 after the LHC Long Shutdown 2 (LS2).”

UK participation in AWAKE is supported by the Science and Technology Facilities Council (STFC).

Professor Grahame Blair, STFC’s Executive Director of Programmes, said: “I would like to congratulate the AWAKE collaboration for this exciting result! The measured accelerating gradient is significantly higher than what can be achieved with conventional accelerators and has exciting prospects for an entirely new range of experiments and applications.”