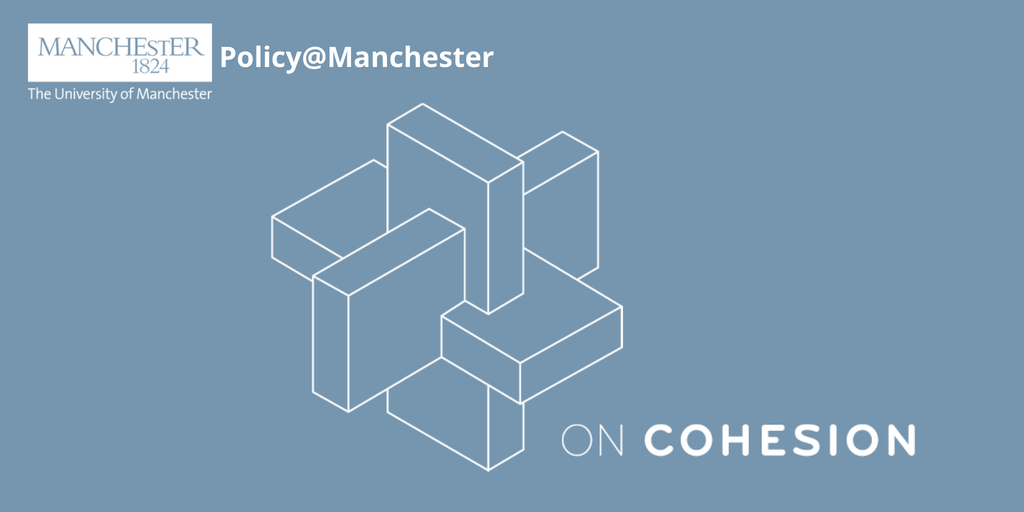 The University of Manchester has launched a collection of essays from researchers which looks closely at extremism and social cohesion in the UK.

The purpose of OnCohesion is to offer new insight, research evidence and expert comment about these issues which will be shared with key stakeholders, and will tie in with work being done by the Preventing Hateful Extremism and Promoting Social Cohesion Commission formed by Greater Manchester Mayor Andy Burnham.

The publication includes an introduction from Mr Burnham reflecting on the Manchester attack, and essays representing the individual views of academics supported by research and opinion produced by Policy@Manchester. Some of the primary issues discussed are:

• The role economic inequality has to play in violent extremism

• Why embracing language diversity is a key to community cohesion

• The impact of the Prevent strategy

‘On Cohesion’ follows previous successful Policy@Manchester publications On Devo, On Brexit and On Energy. OnBrexit was downloaded and viewed over 9,000 times and OnEnergy was launched in Parliament to key stakeholders and has been used to engage with a variety of policy makers.

“My piece in OnCohesion examines the evidence to date on one of the factors frequently cited as a driver of violent extremism - socio-economic inequality.” said Hilary Pilkington, Professor of Sociology in the School of Social Science at The University of Manchester and one of the six Commissioners on the Preventing Hateful Extremism and Promoting Social Cohesion Commission established by Andy Burnham , the Mayor of Manchester.

While structural inequalities need to be addressed with targeted interventions at Government and Local Authority level, provisional insights from our research suggest that people’s perceptions of inequality are just as important as actual inequality in generating grievance that can lead to extremism. Understanding, and challenging, each other’s perceptions of inequality is something that can, and should, be undertaken by communities themselves. There are some interesting initiatives in Greater Manchester aimed at engaging local communities to work together to tackle extremism and I would like to see these continue to be built on.”

“We recently commemorated the anniversary of the Manchester bombing and the attack at London Bridge, and sadly violent extremism continues to be a threat in the UK,” said Anna Scaife, Co-Director at Policy@Manchester. “OnCohesion examines why violent extremism continues to be a problem in the UK, the impact government policies have had on tackling this issue and offers solutions for how we can build and foster greater community cohesion. It offers new insight and research evidence into one of the most pressing issues of our time.”