Manchester rises up the ranks of the world's top universities 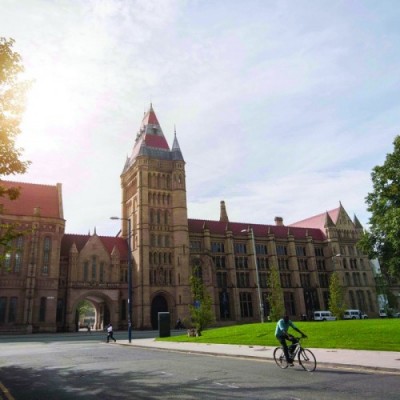 The University of Manchester has climbed six places in an annual global ranking of universities, which cements its place as one of the world’s best higher education institutions.

The Academic Ranking of World Universities - often known as the Shanghai ranking - has been published annually since 2003. In total, 500 universities are ranked from across the world based on six indicators, including the number of award-winning staff and alumni and the number of articles published in prestigious journals Nature and Science.

From a starting position of 89th, Manchester has risen up the rankings almost every year. Manchester is now in 35th place - a rise from 41st in 2015, and its highest position since the rankings began. Nationally, the university is in fifth position. The rise has largely been attributed to an increase in the number of its highly-cited researchers.

In September, the university was also placed 33rd the world in the QS World Universities rankings - the seventh highest in the UK.

“I am delighted to see that we are rising up the rankings, and the fantastic result shows that we are still on track to become one of the world's leading universities by 2020. All credit must go to my colleagues across the university whose exceptional research underpins our position.”

The University of Manchester has 38,590 students and 10,400 staff, making it the second largest institution in the UK, and the country’s largest single-site university. It had an income of over £1 billion in 2014-15, of which £262.4 million was from research grants and contracts.​

The University has five 'research beacons' - addressing global inequalities, advanced materials, cancer, energy and industrial biotechnology - which are making pioneering discoveries and improving the lives of people around the world. Researchers in these areas are at the forefront of the search for innovative solutions to some of the biggest challenges facing the planet.

Manchester rises up the ranks of the world's top universities