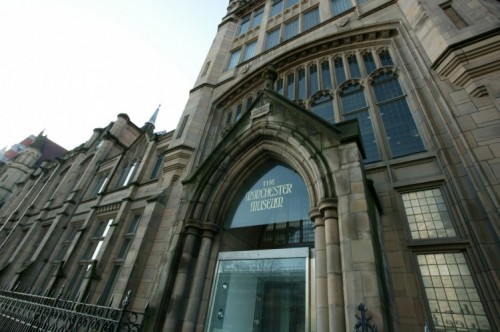 A student from The University of Manchester has created a computer application which records the fossil collection of Manchester Museum on an interactive map.

As part of his master’s degree project at the University’s School of Computer Science, Olivier Staub has developed the application to allow people interested in fossils and palaeontology to submit discoveries made through the examination of the map.

By using its exploration and filtering functions, users are encouraged to report any findings they consider interesting including patterns, missing information, comments or irregularities.

Researchers expect that discoveries be made through chance while exploring the fossils, a phenomenon also known as ‘serendipity’.This is a collaborative project between the School of Computer Science and Manchester Museum. The work was inspired by the needs of the museum and the news about the discovery of archaeological remains using map software.

“This tool is exciting, from both the computer science and the Museum’s point of view. It allows enthusiasts and specialists to explore the fossil’s collection in a unique way, and to help us understand some modern concerns.”

“Our goal as human-computer interaction specialists is to understand how people make discoveries while they explore maps,” said Lecturer Markel Vigo, who is supervising the project under the advice of David Gelsthorpe, the museum’s Curator of Earth Science Collections. “Ultimately, this understanding will enable the development of tools that facilitate discoveries using geographical information systems.”

Visit https://natureslibrary.co.uk/map to see the site.