A team of students from The University of Manchester have won an award for genetically modifying bacteria to produce kinder hair-dyes.

The eight students, with academic guidance from the Manchester Institute of Biotechnology, the Department of Chemistry, and the Faculty of Biology, Medicine and Health, genetically engineered E. coli bacteria to secrete proteins which could colour, repair, straighten, and fragrance hair.

For their work, they were awarded a gold medal in the International Genetically Engineered Machine (iGEM) competition. The focus of iGEM is to provide a synthetic biology-based solution to a real-world problem.

The project aimed to explore an alternative to current hair-dyes which use often harmful chemicals, leading to allergic reactions in users, as well as environmental damage if not disposed of properly. They can also cause bleaching and brittle hair, and have been tentatively suggested as a potential carcinogen.

“The initial idea,” said Elisa Barrow Molina, a third year biotechnology student, “came from an article we saw about how hair dyes could cause alarming reactions in some users.”

The students genetically modified a strain of E. coli which naturally adheres to hair to secrete a dye, replacing the use of potential pollutant and carcinogens.

After this initial idea, they also realised they could modify the bacteria to secrete other products, such as proteins to repair hair, and compounds to fragrance it. Through experiments, the students showed that their engineered bacteria were resilient when exposed to stresses such as chlorine or shampoo. 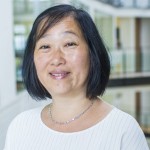 “We are now looking for enthusiastic students to join the next year’s team. This is a great opportunity, not just for biology students but for students from all faculties who want to explore the revolutionary impact of new technologies and push their skills to new limits."

They encountered several challenges during the process, though the biggest one “depends on who you ask!”, as the division of labour meant they were all meeting and overcoming different headaches during their work.

Camilo Albornoz Carranza, a third year neuroscientist, says; “The synthetic biology was out of my comfort zone, but winning a gold medal vindicates all the work we put in.”

On this note, the students are all in agreement. “This shows we did something worthwhile,” they say, considering it justification for the three months of lab work they put in over the summer. The award from iGEM “closes the chapter”, says Elisa.

“That’s the thing about iGEM,” adds Sophie Guillemot, a third year chemist, “it’s about bringing ideas to the table and leaving them for the next team to develop further.”

While they are not currently planning to commercialise the bacteria, the students also carefully considered potential safety concerns should their product ever make it to market. To address these, the students designed and computationally modelled two genetic ‘kill-switches’, which would prevent the engineered bacteria either surviving away from hair, or developing pathogenicity.

“In ten or twenty years,” notes second year molecular biologist Thomas Harrison, “I think genetically modified bacteria will be part of our lives on a very intimate, primary level.”

The project was initially financed by the University, but the students also sought out sponsors and private donors. They also consulted with the public and hair care experts, which resulted in the introduction of a straightening protein to their final design, as well as the exploration of a large range of colours.

Going forward, the team plan to focus on their individual degrees. For some of them, the iGEM project has helped them to decide where they would like to work in the future. Mujtaba Ansari, a third year biotechnology student, says; “By participating, I’ve discovered that I really like research and lab work, and it’s definitely something I’d like to do in the future.”

Prof Eriko Takano, supervisor of the iGEM team says “We are now looking for enthusiastic students to join the next year’s team. This is a great opportunity, not just for biology students but for students from all faculties who want to explore the revolutionary impact of new technologies and push their skills to new limits”.