Manchester study reveals the poetry of rap, through rhyme
Newsroom

Manchester study reveals the poetry of rap, through rhyme 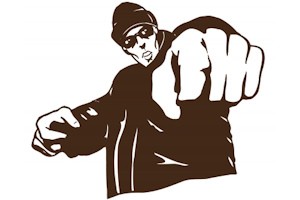 A study of tracks from the debut albums of major hip hop artists has found that rhyming patterns come as second nature to some of rap's biggest stars - likening them to modern-day poets.

Linguists at The University of Manchester have examined the tracks of artists including multiple Grammy award-winner Eminem and Public Enemy, finding that the rhymes that make them superstars are so intuitive they are not within their conscious control.

Louise Middleton, who is a third year linguistics student, examined the rhyming structures in rap music looking at rhyming patterns, vocabulary size, rhyme rate and the position of the rhyme in or across lines. This was compared with the frequency of half-rhymes, such as 'hop-rock', which use similar but not identical sounds and indicate a more natural capacity for rhyming and rapping than the more traditional rhymes we are taught at school such as 'cat-mat'.

The high vocabulary score and high prevalence of 'imperfect' half rhymes and unique sentence structure, over and above the use of more traditional and deliberate rhyming couplets, show that rap music's biggest proved the theory that rap's biggest stars find their success in their ability to rhyme subconsciously.

Louise said: “My research found that over 70% of the time artists used half-rhyme, such as 'hop-rock', rather than traditional rhymes like ‘cat-mat'. These imperfect rap rhymes are not something that you simply come up with on the spot but something that popular rap artists have the natural ability to create.

“In Eminem's track 'Rap God' which is from his latest, now Grammy award-winning, album, he boasts of his rhyme skill saying: ‘But for me to rap like a computer must be in my genes’ which proves the point made by my research which shows that rapping is outside his conscious control.

“I think that hip hop has the most sophisticated use of rhyme of any genre and when written down and it reads just like poetry. For example the London-based hip-hop artist Akala writes a lot about Shakespeare in his music. I took inspiration from this and loved how de applied a beat to 'Sonnet 18' and of course, it sounds exactly like a hip-hop track.”

Previous studies in the field have explored the similarities between the vocabulary of popular hip hop artists with the words of Shakespeare which one claiming to have found 16 artists with a stronger vocabulary than the Bard.

The University of Manchester hip hop study was supervised by Dr Wendell Kimper, Lecturer in Linguistics.

The student Louise Middleton and Dr Wendell Kimper (a Lecturer in Linguistics within the Department of Linguistics and English Language at The University of Manchester) are available for interview via the Media Relations Office.

Louise is a third year student who is studying for a BA (Hons) in Linguistics.