Manchester is one of the world’s most international universities 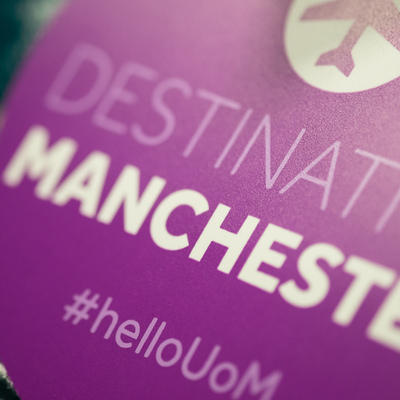 The University of Manchester has been ranked among the world’s elite for its international profile, according to a new, independent league table published by the Times Higher Education.

In the table, published this week (1 February) Manchester is ranked 20th in the world, moving up from 55th last year, and is placed 10th in the UK.

The table looks at the world’s top 500 universities and measures factors such as the proportion of international students and staff and research journal publications with at least one overseas co-author. This year for the first time it also measures international reputation.

This is a measure of the ratio of international votes to domestic votes that the institution achieved in the Times Higher Education’s annual invitation-only Academic Reputation Survey, which asks leading scholars to name the world’s best universities for teaching and research in their field.

Manchester has more than 10,000 people from overseas studying on campus, welcoming more international students than any other UK university, and the network of alumni comprises 350,000 people from 190 countries. In the city of Manchester itself, more than 200 languages are spoken.

Twenty-five Nobel Prize winners have studied or worked at the University, including Russian-born Sir Andre Geim and Sir Kostya Novoselov who discovered graphene in 2004, leading to the Nobel Prize in Physics in 2010

Professor Stephen Flint, the University’s Associate Vice-President for Internationalisation said: “Manchester truly is a global university in a global city. Having such a focus on the world beyond our campus, based on strategic partnerships with overseas universities, industry and governments is not only of benefit for the thousands of international staff, students and visitors, but also brings a much richer experience to those from the UK.

“Through our research and teaching we’re committed to tackling some of the world’s biggest problems, whether they are inequality, cancer, energy or others and the diversity of our community and international links means we have the strength to do this.”

The full list of The World’s Most International Universities 2017 can be found on the Times Higher Education website.

Find out more about international study and partnerships at The University of Manchester.

Manchester is one of the world’s most international universities