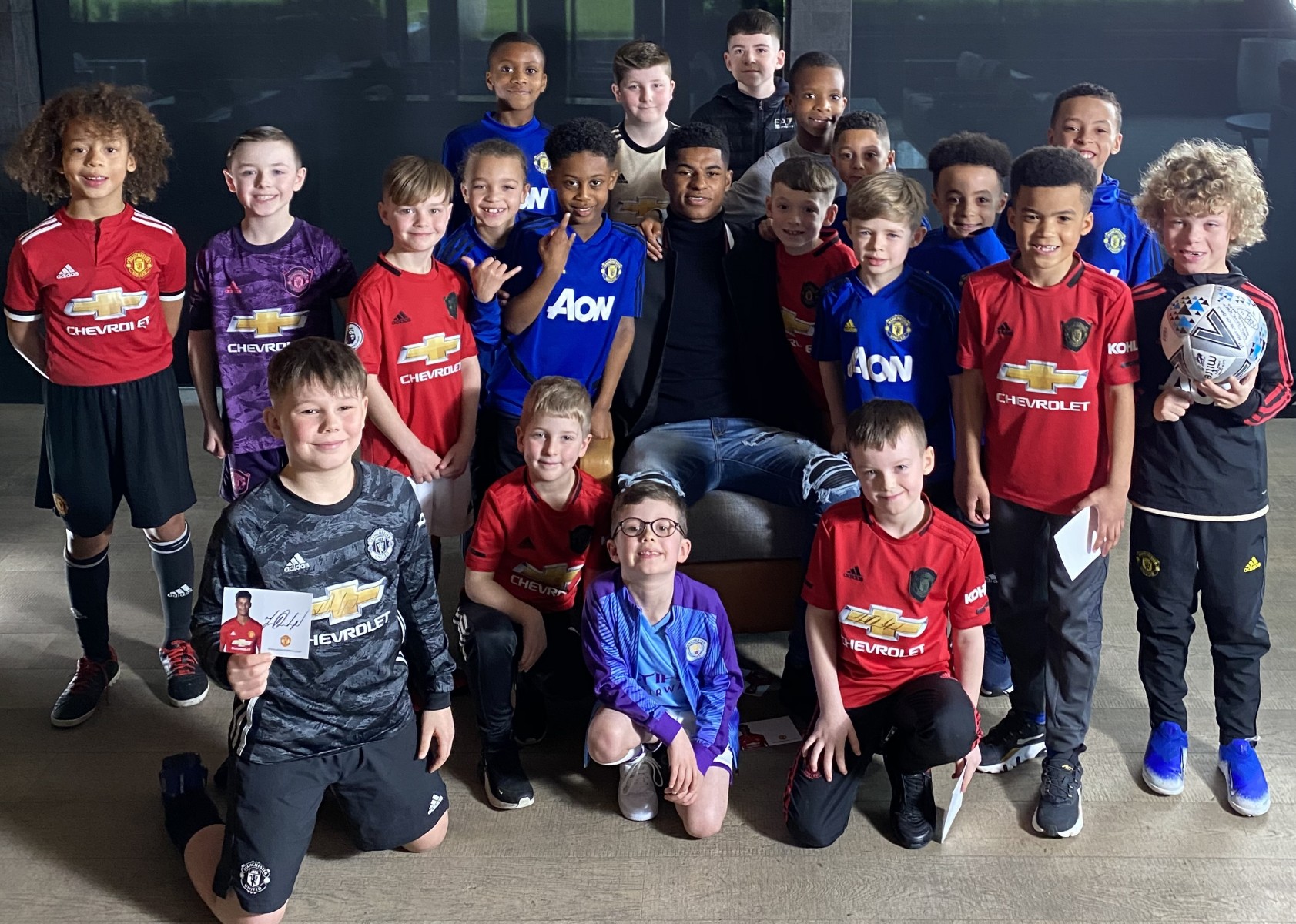 Marcus Rashford with group of fans

Manchester United and England footballer, Marcus Rashford, will receive an honorary doctorate from The University of Manchester later this summer it has been announced today (Wednesday, 15 July).

The award, which is the highest honour the University can bestow, will be for his remarkable campaign against child poverty off the field and outstanding sporting achievements on the pitch. At just 22 years old he will be the youngest ever recipient of an honorary degree from The University of Manchester.

The University, like Marcus, has social responsibility at its core and has given such awards to Sir Alex Ferguson and Sir Bobby Charlton, sharing a long history with the club that Marcus is now a part of. Rashford is already a key player for club and country, but his ongoing charity work has seen him make headlines on both the front and back pages in recent weeks.

He said: “It’s a proud day for myself and my family. When you look at the great names that have been awarded this doctorate in the past, it’s humbling. We still have a long way to go in the fight to combat child poverty in this country but receiving recognition from your city means we are heading in the right direction and that means a lot. Thank you to The University of Manchester.”

During the lockdown, Rashford, from Wythenshawe in Manchester, teamed up with the poverty and food waste charity, FareShare. The collaboration has led to £20 million raised in financial and food donations enabling 3.9 million meals to be distributed to the country’s most vulnerable every week during the Global COVID-19 pandemic. 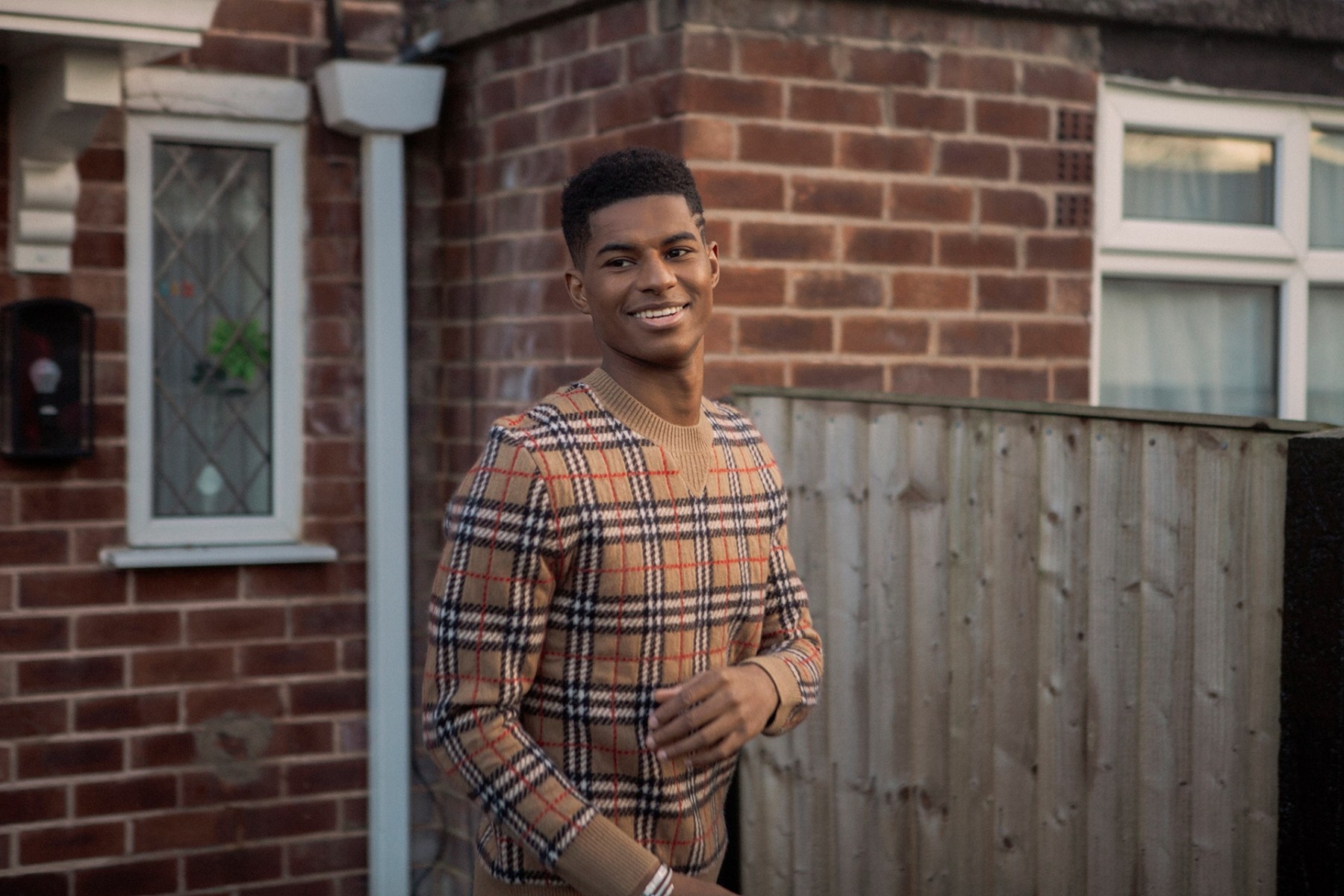 It’s a proud day for myself and my family. When you look at the great names that have been awarded this doctorate in the past, it’s humbling.

On 15 June, he pushed the campaign forward even further by writing a heartfelt open letter to the UK Government. He followed up this message with a high-profile publicity and social media campaign drawing on his own personal experiences of using foodbanks and afterschool clubs growing up.

36 hours later the Government announced a change in policy, extending the food voucher scheme for those children on free school meals throughout the summer holidays. Rashford’s campaign was credited as a major turning point in the Government’s thinking.

Now, despite the return of Premier League football, the striker says he will continue to campaign for those most vulnerable across the UK.

President and Vice-Chancellor, Professor Dame Nancy Rothwell, said: “Marcus is an extraordinary young man with an extraordinary talent and drive that stretches well beyond the football field.

“His work for charity and his high-profile campaign will not only help countless young people across our own city, but across the entire country.

“Our university has social responsibility at its core and this sense of civic pride and duty is something we are proud to share with Marcus. That is why the University is delighted to make Marcus our youngest ever recipient of an honorary degree.”

Now back on the pitch, Rashford is enjoying one of his most productive seasons for the club he joined at just seven years old. Since scoring on his debut in February 2016, so far in his United career Rashford has won the FA Cup, EFL Cup, FA Community Shield and UEFA Europa League.