Photography is a medium that can bring people of all nationalities together, revealing the humanity we all share, which was the mission of the Manchester China Institute (MCI) and Creative Manchester when they launched their International Photography Competition. 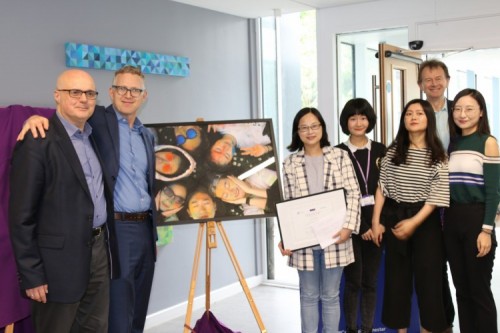 The grand unveiling of the three winners of this much-talked-about event took place in the Samuel Alexander Building of the University of Manchester’s School of Arts, Languages and Cultures, attended by dozens of entrants, well-wishers, staff and students on 5 June 2019.

MCI Director Peter Gries, Creative Manchester Director Alessandro Schiesaro, and one of the five expert judges Prof Michael Wood, a broadcaster and Professor of Public History at the University of Manchester, were in attendance to congratulate the winners personally.

Peter said at the event opening: “Through our International Photography Competition we have found our common humanity and themes that transcend linguistics.”

Some 250 entrants were whittled down to a shortlist of 30, who were then evaluated by judges who assessed whether the theme ‘What does friendship mean to you?’ was reflected in the picture. 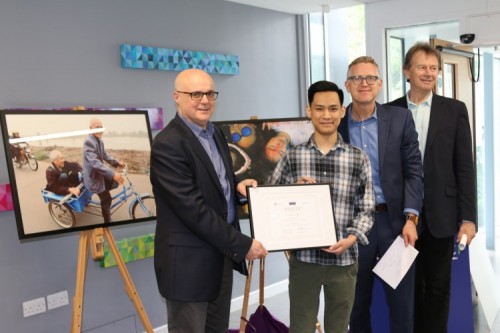 Three prizes were awarded. The first to the winner of the best photo taken in the UK, which went to He Fan, whose whimsical and colourful portrait of friends lying in a circle-head-to-head won the hearts of the judging panel.

The next prize went to the winner of the best photo taken in China, chosen by the judging panel. The winning photo of two elderly gentlemen smiling on a bike ride through the countryside was taken by Zewei Li, which Michael said won the panel over because of its humanity.

Finally, the People's Choice-winning photo was captured by Choen Yin Chan, who made an appearance with her new-born baby to collect her prize from Chancellor Lemn Sissay, who commended the Chinese culture for its rich arts culture. Fan He’s picture of two of her children enjoying an ice lolly in the park with their friends moved the panel with its playfulness and joy.

An honourable mention was given to the competition’s youngest entrant, Evie Ann Woods, age 10, from Anderton St Joseph’s Catholic Primary School, Chorley, who attended the event with her grandfather. Michael commented that as the judges did not know who submitted the entries, Evie’s runner-up photograph was not selected for the ‘novelty’ of her young age, but for the genuine impression her photo made on the judges. 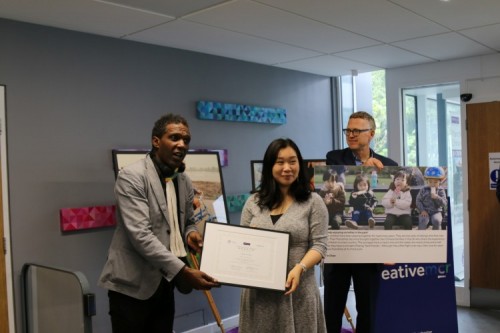 Evie said: “I saw other styles of photography I liked and took that and made it my own ... I’m really pleased but I don’t know how to explain how it feels to have my picture selected.”

Peter thanked the participants, the winners, the judges and Creative Manchester for bringing the event together and for recognising that friendship and humanity do not change, whether you are in the UK, or China.