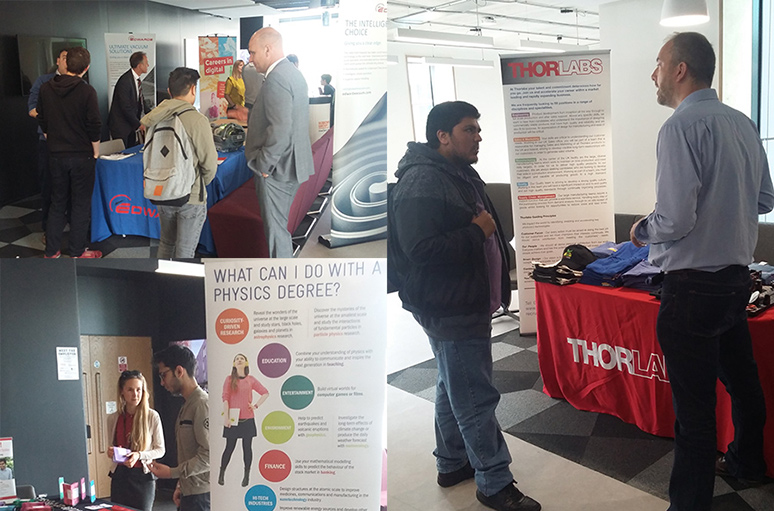 To support our graduating students in the School of Physics and Astronomy, we invited a number of local companies to talk about the career options currently on offer.

Company representatives gave a 10 minute pitch each, with a Q&A session at the end. A careers networking session then followed in the Schuster Annexe.

Companies in attendance were:

The event was very well received by those students who attended, with one student saying:

"Positive feedback from me, I thought the whole thing was great, especially the slido question submission system.

The ad-hoc explanation of the recommendation system used by N.Brown was fun, so perhaps it would make the presentations a bit more engaging if all the employers came with a specific example of what you might end up doing in their company, rather than a list of all the different offices they have or parts they make.