On 18 June MICRA was pleased to host Professor Sarah Vickerstaff, presenting the 2019 Annual Lecture Extending Working Lives: The implications for winners and losers in the changed UK policy landscape. 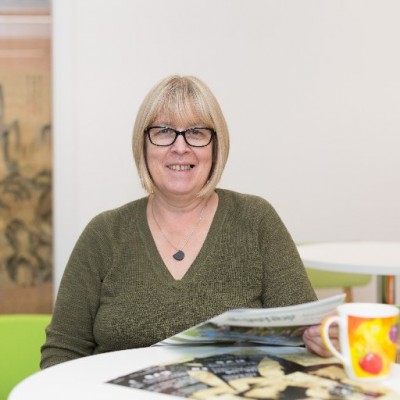 Sarah is professor of work and employment at the School of Social Policy, Sociology and Social Research, University of Kent. She is an internationally recognised researcher into paid work in later life. In the last 15 years, her research on older workers and retirement has been funded by research councils, charities and the UK Government. She recently led an Economic and Social Research Council (ESRC/MRC) funded research consortium undertaking a mixed-method study of ‘Uncertain futures: Managing late-career transitions and extended working life’. She has edited three books, written five reports, 25 journal articles and many book chapters in this field. She is Fellow of the Gerontological Society of America and in 2017-2018 she was a specialist adviser to the House of Commons Women and Equalities Committee’s ‘Older people and employment inquiry’.

Sarah points out that in policy debates it is commonly claimed that older workers are entering a new period of choice and control with the protection of age discrimination legislation and the abolition of mandatory retirement ages. However, these positive policy changes have also been accompanied by less encouraging developments, for example rising state pension ages and retrenchment of welfare benefits, especially around fitness to work. Pressures to work longer, combined with limited alternative employment prospects and inadequate retirement incomes, even for those in relatively secure work can give rise to a heightened sense of precarity. We may be entering a new era of two nations in retirement. To understand this, a new theoretical model for understanding precarity is suggested that locates precarity as a lived experience, which is influenced by the intersection between precarious jobs, precarious welfare states and precarious households.

Sarah’s presentation looked at inequalities and choice and risk among older workers, the impact of extending working lives, differential impact of policy change on women (the state pension age rising faster for women, the gender pay gap translating to gender pension gap and the fact that with an aging population, the increasing burden of elder care falls more on women) and precarity or risk as a lived experience.

“What if anything can be done for the losers?” asked Sarah. Recommendations included a focus on health at work, a proper recognition of caring responsibilities amongst the older population, revisit the possibility of a variable state pension age depending upon circumstances and tackling age discrimination.