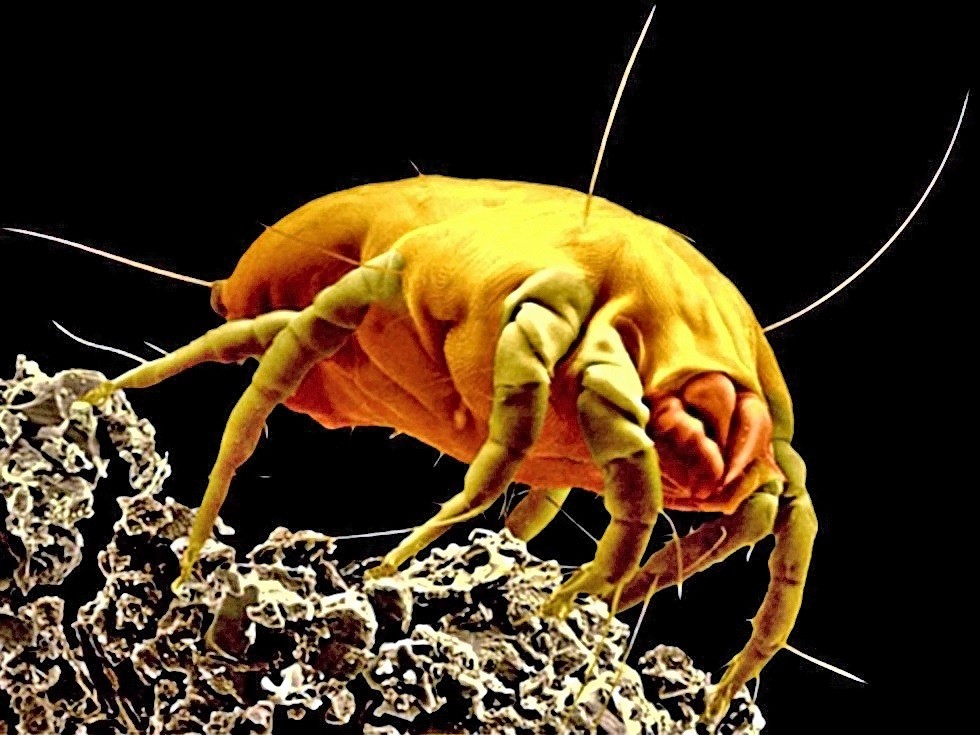 Bedcovers which form a barrier to house dust mites appear to reduce asthma flare-ups in children, according to new research conducted in Manchester.

Mite allergy is one of the most common asthma triggers, and in partnership with viral infection can greatly increase hospital admission risk.

In the study, led by Dr Clare Murray, clinical senior lecturer at The University of Manchester and consultant respiratory paediatrician at the Royal Manchester Children's Hospital, Central Manchester University Hospitals NHS Foundation Trust, children were enrolled aged 3-17 years who had tested positive for mite allergy, and suffered an asthma flare-up or exacerbation that required being treated in accident and emergency or as a hospital inpatient.

After encasing their mattresses, duvets and pillows with mite-proof covers or placebo covers, the children were followed for a year. Neither the children, the investigators nor their health care professionals knew which set of covers the children received.

The findings have been published online ahead of print in the American Thoracic Society’s American Journal of Respiratory and Critical Care Medicine. Results demonstrate that children sleeping with the mite-proof covers compared to the placebo arm of the trial:

Patients were recruited from 14 hospitals with acute pediatric secondary care services in the North West. The study was funded by The JP Moulton Charitable Foundation, and infrastructure support was provided by the North West Lung Centre Charity, situated at University Hospital of South Manchester, where Dr Murray’s research team is based.

“Asthma exacerbations are among the most common reasons for hospitalizing children living in the developed world,” said Dr Murray. “It’s a frightening experience for children and their parents, and a single exacerbation can increase the annual cost of treating asthma by three-fold.”

Asthma exacerbations are among the most common reasons for hospitalizing children living in the developed world. It’s a frightening experience for children and their parents, and a single exacerbation can increase the annual cost of treating asthma by three-fold

Dr. Murray added that viral infections, especially those causing the common cold, are a major risk factor for asthma exacerbations in children sensitised and exposed to allergens. “Other studies have shown that these two risk factors act synergistically to increase the likelihood of hospital admission by nearly 20-fold,” Dr Murray said. “We have no means of protecting people from cold viruses, but our study indicates that allergen avoidance may be a cost-effective intervention.”

The authors estimated the cost of the bedcovers would be about £130 for a single bed. “This simple measure may reduce asthmatic exacerbations that lead to accident and emergency visits or hospitalisation, particularly in younger children who are allergic only to dust mites,” Dr Murray said.

The mite-proof covers did not significantly reduce the number of children whose exacerbation was treated outside the hospital with only an oral corticosteroid. The authors said it was not clear why this was the case. “It may be that the bedcovers did not prevent the exacerbation, but did reduce its severity,” Dr Murray explained.

Limitations of the study, which is believed to be the first to study the effect of mite-proof bedcovers and asthma exacerbations, include the fact that the exacerbations and oral corticosteroid use were reported by parents or guardians, not physicians, and the researchers had no information about viruses or other exacerbation triggers.

Although the study was not large enough to conclusively define the subgroups that benefitted the most from the intervention, the authors wrote that their results suggested that younger children testing positive for only house dust mite allergy and living in non-smoking households were more likely to benefit from the mite impermeable bed covers.

The study was funded by The JP Moulton Charitable Foundation. Infrastructure support was provided by the North West Lung Centre Charity.