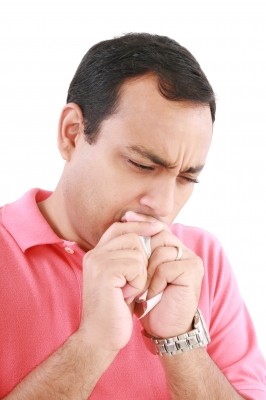 An international clinical trial to test the first new cough drug in 50 years is being led by The University of Manchester’s Professor Jaclyn Smith. If approved, the promising new treatment could offer hope to the millions of people living with chronic cough for whom few, if any, effective treatments exist.

The new drug, called AF-219, is being developed by US-based biotech company, Afferent Pharmaceuticals and is now being tested by the National Institute for Health Research’s (NIHR) Translational Research Partnership (TRP) as part of a 12-week clinical trial. It involves 200 patients at 47 sites in the UK and US.

AF-219 works by selectively blocking the P2X3 receptors stopping the mechanism by which certain airway nerves become hyper-sensitized. The drug has already been shown to be effective in reducing cough frequency in several clinical studies, including an initial proof-of-concept study involving 24 patients, where AF-219 reduced the number of times people coughed by 75 per cent compared to placebo.

NIHR TRP study lead Professor Jaclyn Smith, from the Centre of Respiratory and Allergy at The University of Manchester and based at the University Hospitals of South Manchester NHS Foundation Trust’s Wythenshawe Hospital, said: “We are just beginning to understand how the nerves in the airways are involved in pathologic cough such as chronic cough. With recent developments in the technology to effectively measure coughs and this important new drug, we have started to see real progress in this area.”

The trial will use a cough monitor that was developed by Professor Smith and her team at UHSM and The University of Manchester, in collaboration with UK SME Vitalograph and supported by the NIHR South Manchester Respiratory and Allergy Clinical Research Facility (RACRF). The VitaloJAK works by recording the cough sounds and allows the number of coughs in a 24-hour period to be counted and the effects of new therapies to be objectively quantified.

For the first time, we have a new drug for which we will be able to demonstrate reliably whether it can reduce coughing in our patients

Professor Smith said: “Previously, studies relied on patient reported outcomes, which are not always reliable. This may lead to effective drugs being dismissed due to inaccurate reporting and, I believe, is a contributing factor to the lack of interest from big pharma companies in investigating new cough treatments. For the first time, we have a new drug for which we will be able to demonstrate reliably whether it can reduce coughing in our patients.”

Patient recruitment is now underway and is due to complete in the next two months.

Mark Samuels, Managing Director of the NIHR, said: “This could be the first new cough drug in 50 years. This large-scale trial takes us a step closer to being able to treat chronic cough. It offers real hope that this severe condition can be treated.”

George Freeman, Parliamentary Minister for Life Sciences, said: “It’s fantastic that the Government’s NIHR is testing this promising new treatment that could help the millions of patients suffering from distressing chronic coughs. Through our commitment to investing £1bn every year in the NIHR during this Parliament, we’re funding world class medical breakthroughs which can help NHS patients and avoid unnecessary NHS treatment costs.”