Natural births after caesarean more likely if you call the midwife 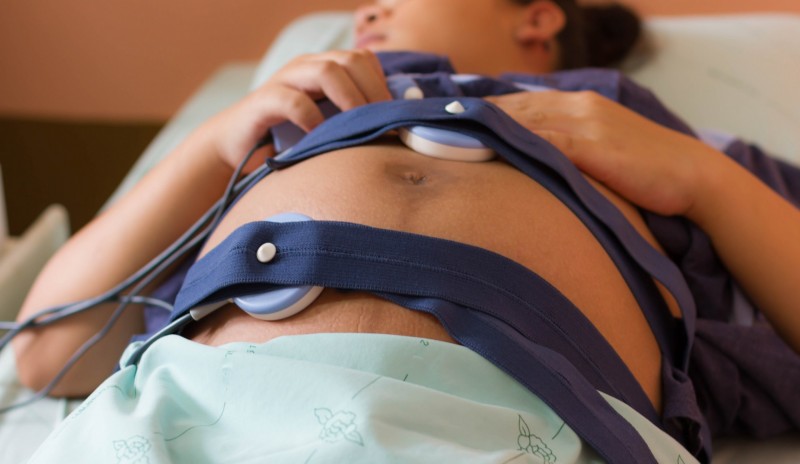 Women who had a caesarean section in a previous pregnancy are much more likely to have a vaginal birth if their antenatal care is led by a midwife, according to a new study from a University of Manchester researcher, which was carried out in Southampton.

Although caesarean sections are safe, research is increasingly showing that vaginal birth and labour protects against long term-risks such as impaired immune response, asthma, obesity and type 2 diabetes in the baby. As a result there is a growing emphasis placed by health authorities on promoting vaginal birth after caesarean (VBAC) where it is safe to do so.

The new study, published in the journal Birth, is the first to evaluate the influence on VBAC rates of midwife-led antenatal care as opposed to care led by an obstetrician.

Using patient records, 405 women giving birth at one hospital after a previous caesarean were examined in two groups. The first group was from 2008 when antenatal care was led by obstetricians and, following a change in hospital policy in 2009-2010, the second group was drawn from women who had received midwife-led antenatal care in 2011.

The number of women who intended to give birth by VBAC in 2011 was 90.3 percent, against 77 percent in 2008. Those who actually achieved VBAC was also higher in the midwife-led group with 61.2 percent instead of 46.9 percent. Both represented significant increases in VBAC when antenatal care was led by a midwife.

Midwife led care is cost-effective and, if it safely reduces the number of repeat caesarean sections, then it’s even more beneficial for mothers and babies

Dr Helen White, a midwifery lecturer in the University’s School of Nursing, Midwifery and Social Work, carried out the research at the University of Southampton. She said: “There were few differences between the two groups of women we studied, so the main variance was the professional responsible for their care.

“Where it can be achieved safely, vaginal birth is preferable, but there’s a real issue with women who have had a caesarean once, opting for the same again. There aren’t many initiatives out there to break this cycle so this finding is important for providing evidence that midwives are best placed to promote vaginal birth.”

The authors of the study are not proposing that women should reject caesarean birth when they are advised to do so, but suggest that midwives are important figures in promoting VBAC in suitable women.

There is a three year gap between the two groups of women but in terms of age, socio-economics, ethnic group and other variables, the groups are similar. The only significant change was the change in policy to midwife led care in the hospital. The results are also unlikely to be due to cultural changes over time as the VBAC rates across England more generally did not change during the study period.

Dr White added: “The more we understand the role of the microbes living in the vagina, the more we are uncovering the protective effects of labour and natural birth against conditions such as diabetes and obesity.

“Midwife led care is cost-effective and, if it safely reduces the number of repeat caesarean sections, then it’s even more beneficial for mothers and babies.”

The paper ‘Evaluating a Midwife-Led Model of Antenatal Care for Women with a Previous Cesarean Section: A Retrospective, Comparative Cohort Study’, was published in the journal Birth.

Graphene@Manchester teams up with Highways England
Great Science Share brings science investigations into homes
MICRA hosts first ever webinar on COVID-19 and older people
App will reduce high risk of falls during and after Lockdown
The reshaping of city transport
Overweight COPD patients may be at greater risk from COVID-19
Some modules are disabled because cookies are declined. Accept cookies to experience the full functionality of this page.
ACCEPT COOKIES
We use cookies to optimize the website, no personal information is stored. Learn more
DECLINE COOKIES ACCEPT COOKIES