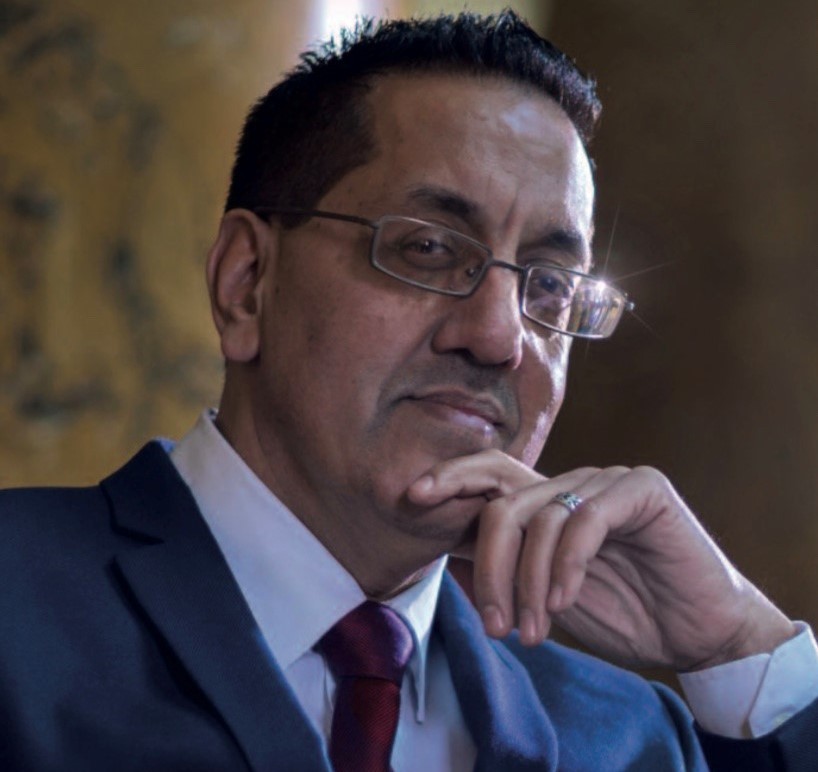 Nazir Afzal is The University of Manchester’s new Chancellor

Former Chief Crown Prosecutor for North West England Nazir Afzal OBE is to succeed poet Lemn Sissay as Chancellor of The University of Manchester on August 1.

His installation ceremony will take place at the University in October, following the completion of the seven-year tenure of the current Chancellor.

The former Chief Crown Prosecutor for North West England lives in Manchester and was most recently Chief Executive of the country’s Association of Police and Crime Commissioners.

During his 24 year career, Nazir Afzal prosecuted some of the highest profile cases in the country, advised on others and lead nationally on issues such as violence against women and girls, child sexual abuse, and honour based violence.

He had responsibility for more than 100,000 prosecutions each year and his prosecutions of the so-called Rochdale grooming gang and hundreds of others were acknowledged to change the landscape of child protection.

Giving considerable time to charitable work, he sits on the Independent Press Standards Organisation, is National Adviser on Gender Based Violence to the Welsh Government, and an independent member of Oxfam’s Safeguarding and Ethics Committee.

His memoirs “The Prosecutor” published in 2020 are currently being adapted for a British multipart drama and he has been commissioned to write his next book “Race to the Top”.

It is a huge privilege and honour to serve the University of Manchester as Chancellor. This son of immigrants, born in an impoverished inner city terraced house, could never have imagined that my journey would take me here, and I intend to remind people that this extraordinary institution represents the best this country has to offer

I know that @OfficialUoM is an extraordinary institution

He was awarded an Honorary Doctorate in Law at the University in 2017.

President and Vice-Chancellor, Professor Dame Nancy Rothwell, said: “I am delighted to welcome Nazir, who has an incredible record of public service and who personifies our University’s values. I look forward to welcoming him to the University community and working with him to promote our ambitious plans over the coming years.

“I would also like to pay tribute to Lemn for his tremendous work over the past seven years. He has been an amazing supporter of our University, bringing life to the role – a ceremonial office with significant ambassadorial responsibilities – thanks to his star quality and wholehearted enthusiasm. It has been a pleasure working with him.”

Nazir Afzal said: “It is a huge privilege and honour to serve the University of Manchester as Chancellor. This son of immigrants, born in an impoverished inner city terraced house, could never have imagined that my journey would take me here, and I intend to remind people that this extraordinary institution represents the best this country has to offer.”

Chancellor, Lemn Sissay OBE, commented: “I have had a wonderful seven years as Chancellor of the University. While my time in this particular role will end this summer, I look forward to continuing my close relationship as an honorary chair in creative writing. I do wish Nazir all the best as the next Chancellor of this unique, world-leading University.”

The Chancellor is the ceremonial head of the University and ambassador who works with the President and Vice-Chancellor and other senior officers to promote the University’s achievements regionally, nationally, and internationally.

Chancellors are guided in their work by the University’s  vision and strategic plan, building  on a rich heritage of almost two centuries of social change and pioneering spirit that is at he heart of the University.

During a nomination process in February and March 2022, all University staff, members of the Board of Governors and General Assembly along with eligible alumni were invited to nominate a candidate to succeed the current Chancellor.

A biography of Nazir is available here

Nazir Afzal is The University of Manchester’s new Chancellor