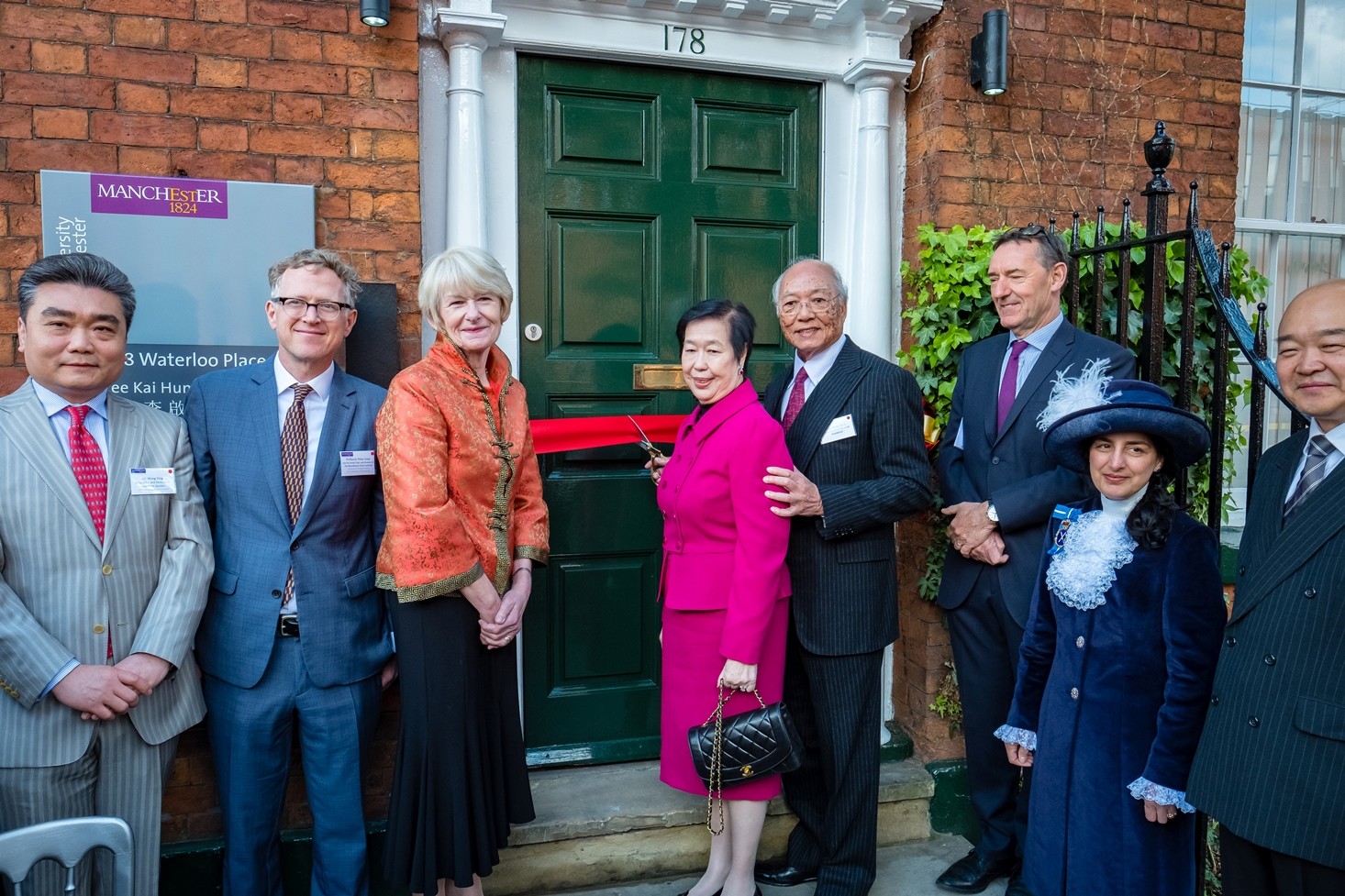 Challenging the perception that modern-day technology travels only from West to East, scholars and businesspeople debated Mobike’s experience in the UK at a special event to officially open the Manchester China Institute, based at The University of Manchester.

Set up with the generous support of Hong Kong businessman, philanthropist and honorary graduate of The University of Manchester, Dr Lee Kai Hung, the Institute will work to improve understanding between the UK and China by promoting world-leading research, community outreach activities, and public lectures in Manchester and China.

The Institute, which is located on Oxford Road in the heart of the University of Manchester campus, was officially opened by Dr Lee Kai Hung and University President and Vice-Chancellor, Professor Dame Nancy Rothwell. Also present was Lord Jim O’Neill, honorary professor of economics at the University who coined the term ‘BRIC’ economies predicting that Brazil, Russia, India and China would become future powerhouses of the world economy.

Set up with the generous support of Hong Kong businessman, and honorary graduate of The University, Dr Lee Kai Hung, the Manchester China Institute @UoMChina was opened yesterday. They will work to improve understanding between the UK and China. pic.twitter.com/Y2kXOBDPGg

​As part of the launch on Wednesday, guests including Dr Lee heard how the bike-sharing company Mobike has successfully expanded to become available in 200 cities around the world, including Manchester, which became the firm’s first UK location in 2017. The panel debated opportunities for China to export technology to the West and how Manchester is becoming an ever more attractive destination for Chinese visitors and businesses.

The debate was introduced by the Lee Kai Hung Chair and Director of the Manchester China Institute, Professor Peter Gries. He said: “Thanks to Dr Lee’s generosity and vision, the Manchester China Institute is now able to bring together the large and extremely talented research community at the University with businesses, policy makers, and the public, both here in the UK and in China.

“Having Mobike as the subject for our first debate is symbolic - it shows how well Chinese and British people can work together to everyone’s benefit.”

Event attendees also viewed an exhibition of Chinese watercolour paintings by Nobel Laureate Professor Sir Kostya Novoselov, and Wang Ying, the Education Counsellor of the Consulate General of the People's Republic of China, inspired by China and graphene.

Dr Lee said: “China may be the world’s second largest economy, but the many stories that we read about China on a daily basis are often far from complimentary. The mission of Manchester China Institute is to generate understanding, trust, harmony and peace between the people of China and Great Britain, between our two nations and also between China and other countries.

“I want to extend my sincere thanks to The University of Manchester for bestowing upon me the great honour of allowing this historical Georgian building, the home of the Manchester China Institute, to carry my name in perpetuity and to make me an integral part of not only its past but of its future.”

This is the latest in an ever-growing series of links between the City, the University and China. In 2015 we hosted President Xi on campus and I joined the Prime Minister’s delegation to China earlier this year. This opening represents a new stage in that journey as we bring together the widespread expertise on campus to benefit people in Manchester, the UK and internationally.