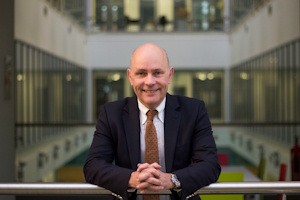 A University of Manchester led trial of a new psoriasis drug has resulted in 40 percent of people showing a complete clearance of psoriatic plaques after 12 weeks of treatment and over 90 percent showing improvement.

The research tested 2,500 people with psoriasis.  Half were given a new drug – ixekizumab – either once every two or four weeks. The other half were given a placebo or a widely used drug for psoriasis called etanercept.

The ixekizumab groups showed quick and extensive improvements in their condition, outperforming the groups on placebo or etanercept.  Around half of these patients showed improvement as early as week four of the trial and up to 71% had shown a high level of improvement, as measured using a scale called the Psoriasis Area and Severity Index, by week 12.

Chris Griffiths, Foundation Professor of Dermatology in the University’s Faculty of Medical and Human Sciences and Salford Royal NHS Foundation Trust, led the research.  He said: “The visible effects of psoriasis can have a major and life-ruining impact on people’s confidence and self-esteem.

“What we saw in this trial was not just the physical aspects of the disease clearing up, but people on the new drug also reporting a marked improvement in their quality of life as they felt more confident and suffered less from itching – far more than in the other two groups.”

Ixekizumab is a monoclonal antibody – a cloned antibody – which neutralises the inflammatory effects of an  interleukin (IL) a protein in the skin which carries signals to cells – known as (IL)-17A.  This protein is increasingly becoming recognised as one of the causes of the characteristic red, scaly plaques of psoriasis which affect around 2% of people in the UK.

New treatments are changing the prospects for people with psoriasis according to Professor Griffiths. “The objective for treating psoriasis has been to reduce the visible symptoms,” he said. “But new drugs are fast showing us that a realistic goal for all patients should be attaining clear skin and this trial very much sets us on that path.”