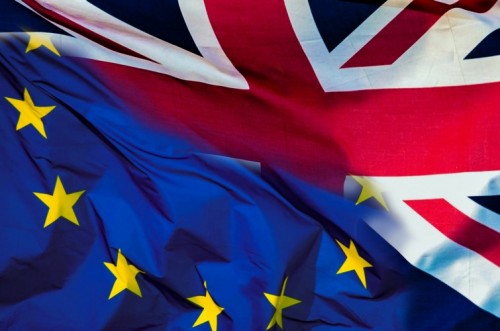 Analysis by the British Election Study team highlights how the vote for Brexit was related to people’s sense of control, nostalgia for the past, ‘social capital’, distrust of experts, and identifying with either side of the campaign. The new data also reveals the extent of ‘Bregret’ (Leave voters regretting Brexit if they thought Remain would win), but states that this was not actually significant in relative terms.

The data found that those with an external ‘locus of control’ - people who tend to believe their lives are controlled by outside forces they cannot influence - were far more likely to vote leave. It also revealed that nearly 80% of respondents who those who agreed with the statement ‘things in Britain were better in the past’ voted to leave, whereas fewer than 15% of those who strongly disagreed did so.

The study found that those with the lowest social capital - the level of a person’s interpersonal networks like family, friends, and community - were almost twice as likely to have voted leave as those with the highest levels.

Predictions from the remain campaign of negative economic consequences seemed to have little impact on the vote – which the researchers think may be down to people rejecting the advice of experts and trusting ‘ordinary people’. People who reported distrust of experts were four times as likely to vote Leave.

The study found that 6% of leave voters said they regretted their decision - however, this was broadly consistent with the 2015 general election, when 8% of Liberal Democrat voters and 6% of Green voters said they regretted their decision when asked. However, the strength of identity with the Leave campaign dropped slightly after the referendum, but identity with the Remain campaign increased dramatically.

Respondents were more likely to identify themselves as remain or leave supporters than followers of a particular party, which the researchers suggest could have a major effect on the future of British politics.

According to our data, many of the popular narratives of why people voted to leave the EU are largely true. Brexit had a populist appeal to people who don’t trust politicians or experts and who are more socially and economically excluded - but most of all it appealed to people with less liberal attitudes, particularly on immigration.

“One narrative that doesn't hold up in our data is the idea that leave voters never expected that they would win,” said Dr Jon Mellon, from The University of Oxford. “Our data shows that the outcome was only a surprise to remain voters. Before the vote, 64% of leave voters expected that their side would win which is more certain than remain voters were about their chances.”

“Our data shows that as well as attitudes towards immigration and sovereignty, the EU referendum revealed a more fundamental divide,” said Dr Chris Prosser, also from The University of Manchester. “Remain and leave crystallised as political identities over the course of the campaign, and after the referendum, the average person identified more closely as a remainer or leaver than they did as a supporter of any political party. The potential for Brexit to upset the British party system should not be underestimated.”