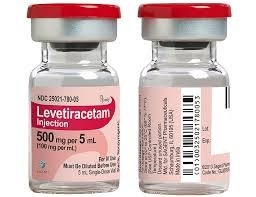 Two newer epilepsy drugs may not harm the thinking skills or IQs of school-aged children whose mothers took them while pregnant – but an older drug is linked to cognitive problems in children, especially if their mothers took high doses – according to new research from The University of Manchester.

Valproate, one of the most commonly prescribed antiepileptic medications, has been associated in the past with birth defects and developmental problems. However, two newer drugs – levetiracetam and topirimate – have had little or no investigations into their developmental impact until this latest research, published in the August 31, 2016, issue of Neurology®, the medical journal of the American Academy of Neurology.

Lead researcher and author of the paper Dr Rebecca Bromley, of The University of Manchester’s School of Biological Sciences, said expectant mothers had to know the possible impacts their drug regimes may have on unborn children.

“Over the past few years, doctors have been moving away from prescribing valproate to pregnant women, shifting them to newer antiepileptic drugs. But, until now, there hasn’t been any definitive research to understand what implications for IQ and development two of these drugs may have.

“Working with funding from Epilepsy Research UK, our team was able to undertake a rigorous set of tests on the children of 171 women who had taken one of the three drugs while pregnant. From the results, we have concluded that – at the moment – levetiracetam and topiramate have no discernable impact on childhood intellectual development.

Over the past few years, doctors have been moving away from prescribing valproate to pregnant women, shifting them to newer antiepileptic drugs. But, until now, there hasn’t been any definitive research to understand what implications for IQ and development two of these drugs may have

“However promising a start our findings are, we do acknowledge larger studies need to be carried out over a longer period of time to ensure these drugs do not change the thinking abilities of children in the future.”

The 171 mothers were identified using the UK Epilepsy and Pregnancy Register; each had a child between five and nine years old. Of these 171 women, 42 had taken levetiracetam, 27 had taken topirimate and 47 had taken valproate while pregnant – an additional control group of women with similarly-aged children who had not taken any antiepileptic drug while pregnant was also included in the study.

Dr Bromley and her team performed tests on their children to measure IQ, verbal and non-verbal reasoning, the speed at which they could process visual information and their memory skills.

Regardless of the level of dose of medication, the topirimate and levetiracetam-prescribed group showed no discernible difference in IQ or thinking skills compared to the control group.

However, the valproate group had an average IQ 11 points lower than the control, levetiracetam and topirimate cohort.

“Expectant mothers with epilepsy are likely to need to continue their drug regime during pregnancy and this may involve maximising the health of the mother while keeping the risks to the foetus as low as possible. Whilst some women will be able to take one of the newer drugs, others may require treatment with valproate and they should be informed of both the risks and benefits of treatment.” concluded Dr Bromley.