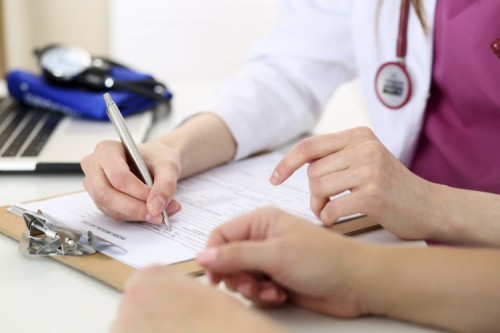 Current approaches to dealing with burnouts in doctors on an individual case-by-case basis is not effective and the issue should instead be tackled with organisation-wide initiatives, according to researchers at The University of Manchester and the University of Southampton.

The research concluded that while doctor-focused tactics such as mindfulness and cognitive behavioural are important, the greatest success at preventing and reducing burnout in doctors can be achieved through the adoption of organisation-directed approaches such as improved working environment and organisational culture.

Burnout is a major problem in the healthcare industry and is often driven by excessive workload, imbalance between job demands and skills, a lack of job control and prolonged stress. It is a syndrome consisting of emotional exhaustion, depersonalisation, and a diminished sense of personal accomplishment. Importantly, burnout can result in an increase in medical errors, reduced quality of patient care, and lower patient satisfaction.

Our findings clearly show that we need more effective intervention models to prevent burnout in doctors. Such models could be organization-directed interventions which promote healthy individual-organization relationships and view burnout a problem of the whole healthcare systems.

Dr Maria Panagioti, Research fellow in Primary Care at the University of Manchester
„
Follow me on Twitter (opens in new window)

It was found that organisations that combined several elements such as structural changes, fostering communications between members of the health care team, and cultivating a sense of teamwork and job control tended to be the most effective in reducing burnout. However, such intense organisation-directed interventions were rare and had not been evaluated sufficiently.

What’s more, the evidence indicated that young doctors starting out in their career, are at higher risk of burnout compared to those with more experience, and interventions focused on enhancing teamwork, mentoring, and leadership skills might be particularly suitable for this group.

Dr Maria Panagioti, Research fellow in Primary Care at the University of Manchester who led this study said: ‘Our findings clearly show that we need more effective intervention models to prevent burnout in doctors. Such models could be organization-directed interventions which promote healthy individual-organization relationships and view burnout a problem of the whole healthcare systems.’

George Lewith, Professor of Health Research at the University of Southampton who supervised the research, said: “This work suggests that if we want to retain safe and professionally competent NHS clinicians working in very demanding front line jobs we need to support their mental and physical health and creating appropriate and enabling working environments for them. Efforts need to be focused on finding appropriate ways of reaching doctors who work in stressful environments to ensure their wellbeing is taken care of. If we don’t patient safety could be at risk.”