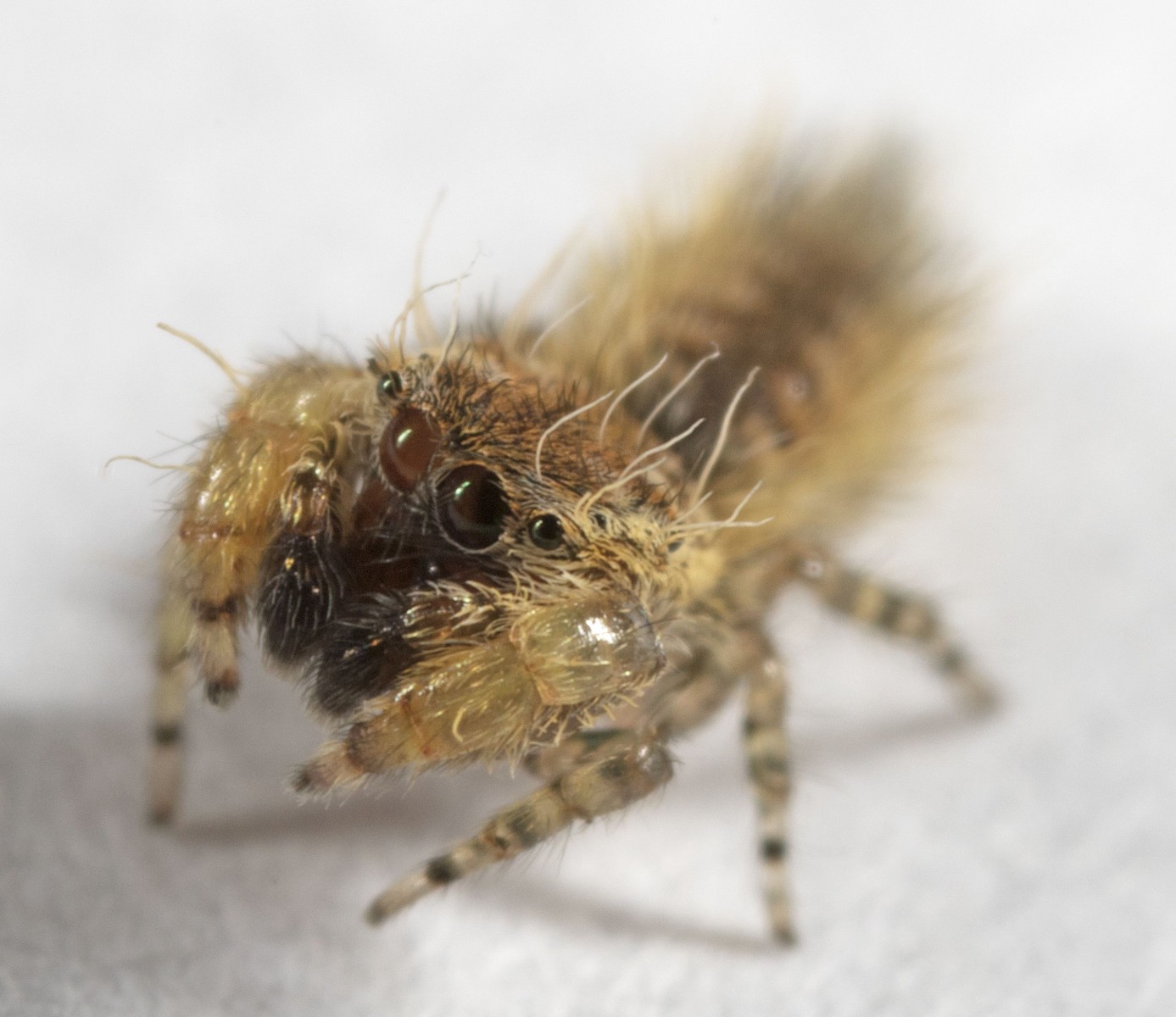 A new spectacular jumping spider has been discovered and named in honour of Eric Carle, the famous author of children’s book The Very Hungry Caterpillar.

A spider expert at the Manchester Museum has confirmed a new species of jumping spider discovered in a park in Hong Kong. The unique spider bears a striking resemblance to a caterpillar leading it to be named Uroballus Carlei, after author of the ubiquitous children’s book The Very Hungry Caterpillar, Eric Carle. The book celebrates its 50th anniversary this year, the same year that Carle turns 90.

This new species was discovered on the outskirts of one of the most densely settled places on Earth, within sight of the high-rises of Chai Wan in Hong Kong's Eastern District. Naturalist Stefan Obenauer made the exciting observation and contacted Dr Dmitri Logunov, Curator of Entomology at The Manchester Museum, who is a recognised expert on jumping spiders. Dmitri examined this species and confirmed it to be previously unknown to science. The species was formally described in the Israel Journal of Entomology.

Jumping spiders have evolved superior vision, aiding them greatly in their unusual mode of hunting. Apart from a battery of larger and smaller eyes on their foreheads, they typically have at least one other pair of eyes on the back edges of their thorax, giving them all-round and binocular vision and a precise judgement of distances.

As typical for the jumping spider family, they spin no web to entangle their prey, but rather stalk small insects and similar animals on foot, and jump at them from quite some distance, in a similar manner to cats. This is why they are often called ‘eight-legged cats’. Among their victims are many nuisance and pest species, in particular flies and bugs.

Jumping spiders belong to the most diverse spider groups on Earth, accounting for more than 6,100 described species worldwide. They are particularly notable for their complex courtship behaviour 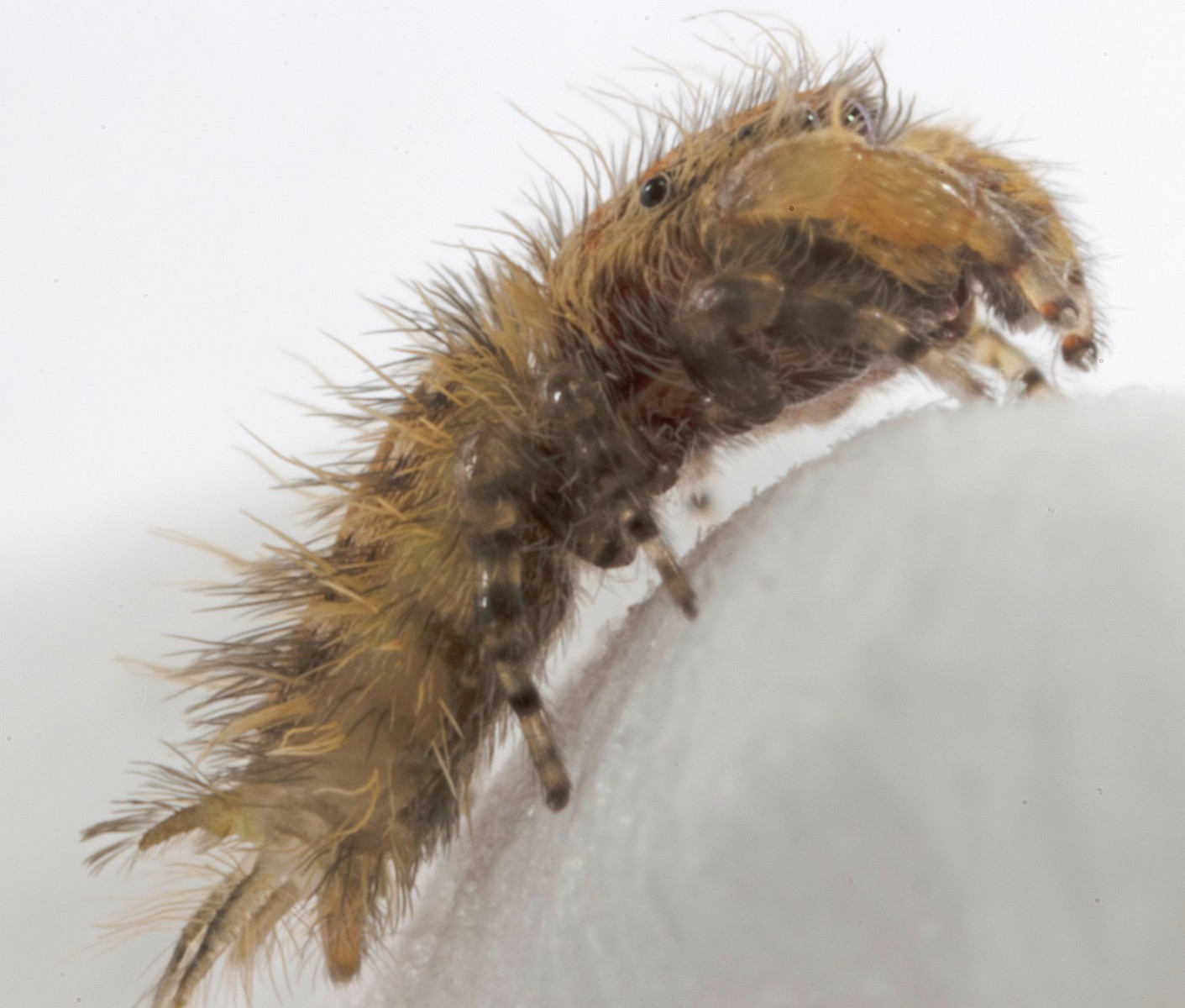 Dr Dmitri Logunov said: “Jumping spiders belong to the most diverse spider groups on Earth, accounting for more than 6,100 described species worldwide. They are particularly notable for their complex courtship behaviour.”

The males of many species will display towards each other, warding off competitors. Jumping spiders can see colours, and males of many species will stage elaborate courting dance routines towards females, while wearing a sort of permanent make-up of brightly coloured, metallic and/or iridescent markings, which further increase their sex appeal. Dance repertoire of some species can consist of more than 40 different postures, movements and jumps.

Most jumping spiders rely on surprise to catch their prey, their venom is comparatively weak, their fangs are more useful for sucking juices from the food than for attack or defence, and they have little if anything to ward off as much as a hungry mid-sized wasp. Being stealthy would help - but they need open space to see and jump.

All this makes it harder to get to eat and not get eaten. Jumping spiders are stuck in an evolutionary dilemma: How to see and not be seen? The spider's curious spiky appearance provides the clue to how the species have developed to better survive.

Logunov and Obenauer contacted Roger Kendrick of C & R Wildlife, noted expert on Hong Kong's butterflies and moths. Kendrick confirmed that found in the same woods as Uroballus Carlei is a few dozen species of peculiar moths. Commonly called ‘lichen moths’, these small relatives of the colourful tiger moths are quite common in the area. Their caterpillars are initially brown, and like those of most tiger moths are covered in noxious bristly hair.

It is most likely that the new Uroballus species imitates these ‘lichen moth’ caterpillars, as they are commonly found on the very trees and shrubs the spider inhabits and are distasteful as they retain the toxic components of lichens on which they feed. Most of them are brightly-coloured and conspicuous in habit. Yet predators usually avoid them after ending up with a mouthful of hairs and venom.