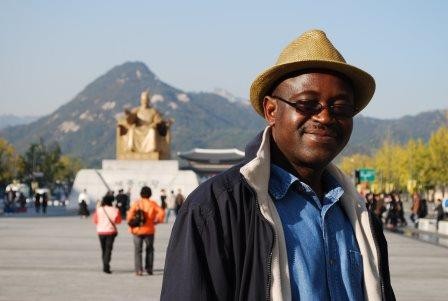 Dear colleagues and friends, It is with deep sadness to hear that our friend and ex-colleague Bernard Siambabala Manyena passed away suddenly in Harare last Friday.

Bernard Manyena joined the Humanitarian and Conflict Response Institute at Manchester in 2014 as a lecturer in International Disaster Management. Prior to joining us, he had served as a headteacher in Siansundu High School for six years until 1997. He then worked in planning for Binga Rural District Council, before moving to the UK in 2002 after completing his undergraduate study in Zimbabwe. After completing his MSc in Disaster Management at Northumbria University in 2003, he was offered a job as a Research Fellow, the position he held up to 2013. While a Research Fellow, he enrolled for a PhD which he completed in 2009. His research focused on resilience, cutting across disaster risk reduction, sustainability and humanitarianism. In 2014, he co-edited a book: Hazards, Risks and Disasters in Society. Bernard left us to go back to Newcastle in January 2017.

While in Manchester he was influential in shaping our Disaster Management course, in our collaboration with Hong Kong and in supervising MA and PhD research. Bernard’s work on resilience was influential and widely cited. He was particularly interested in the notion of resilience as the ‘bounce-forward ability’. He gave papers and conducted research around the world. His field research was mainly focused on Zimbabwe, Nepal, Sri Lanka and Timor Leste, Afghanistan, Ethiopia, Uganda, Tanzania, and Mozambique.

I have fond memories of travelling with Bernard in China and I will cherish them. We remained in touch by email after his return to Newcastle. His sudden death is very poignant as Bernard had left us to be closer to his family. Our thoughts are with them in this very difficult time.