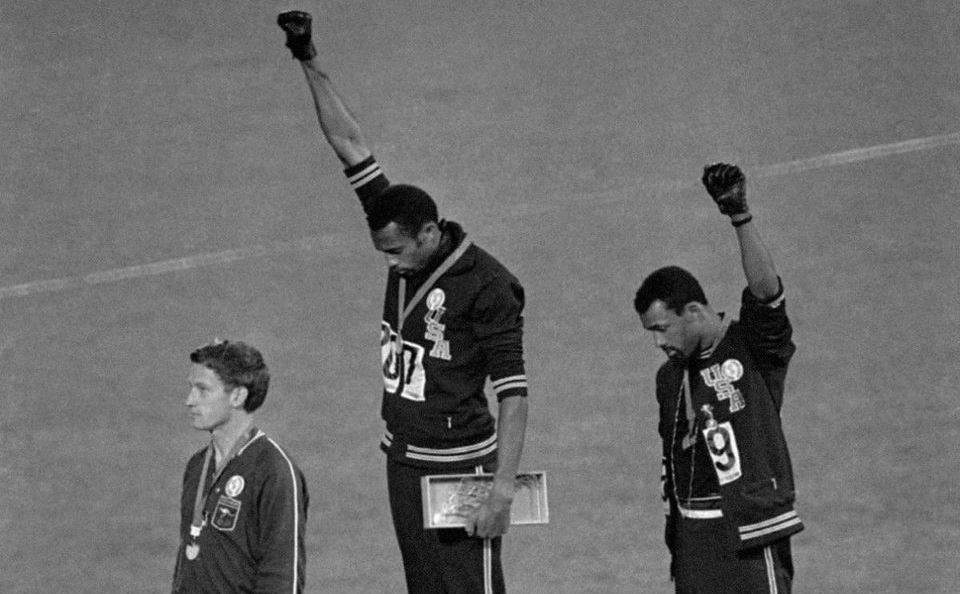 At the 1968 Mexico City Olympics, Tommie Smith stood on the medal podium alongside fellow athlete John Carlos, with their fists raised in an act of defiance which reverberated around the world. Now, 50 years on, Smith has spoken at The University of Manchester about the repercussions and legacy of his iconic gesture.

Anger at the USA’s continuing failure to deliver social equality was laid bare to millions of viewers, who witnessed the protest during the first-ever satellite sports broadcast. Captured in photographer John Dominis's indelible portrait of that moment, Smith had just broken the world record for 200m.

Both men were vilified for their stand - they were suspended from the US team, and they received death threats. But neither man ever apologised for the action taken, and Smith remains defiant to this day.

More recently, the continuing impact of the image has been seen in the protests against the killing of Trayvon Martins, the spate of demonstrations against police actions and attitudes in Black communities, and in the wake of debates around ‘Bending of the Knee’ in the NFL, which was criticised by President Trump.

Smith spoke at The University of Manchester’s annual Arthur Lewis Lecture. The lecture was established in 2015 by the School of Social Sciences to mark the 100th anniversary of the birth of Sir Arthur Lewis, the economist who became Britain's first black professor at Manchester in 1948 and was awarded the Nobel Prize in Economic Sciences in 1979.

At the lecture, which was organised in conjunction with The Runnymede Trust and Voice4Change, a short documentary was shown about the event and its aftermath, which was followed by a discussion and audience Q&A session led by Michelle Moore, a leading voice in the UK on issues at the intersection of sport and social change.

It was a great privilege to have Tommie Smith come and speak to us, and wonderful for a Manchester audience to have the opportunity to show their admiration for a great athlete who sacrificed so much to take a stand against racism.

“The U.S. Black freedom movement is a protracted and ongoing struggle for racial justice that has ebbed and flowed since the first Africans arrived in the Virginia Colony in 1619,” said Kerry Pimblott, Lecturer in International History at The University of Manchester. “Smith played an invaluable role in that longer tradition and his courage - epitomised by the actions he took at the Mexico Olympics in 1968 – represents a watershed moment.”

“At the height of the Black Power Movement, Smith joined a new generation of African American students, college athletes, and other youthful activists in calling for rights, respect, and representation. These struggles transformed the racial landscape in the United States and inspired millions around the globe. Such activism often came at great personal cost, and so today we are honouring Smith for his sacrifice as well as the legacy of racial justice activism he left in the shadow of his black-gloved fist.”