Onions, embroidery and other historical lessons could help you sleep

Onions, embroidery and other historical lessons could help you sleep 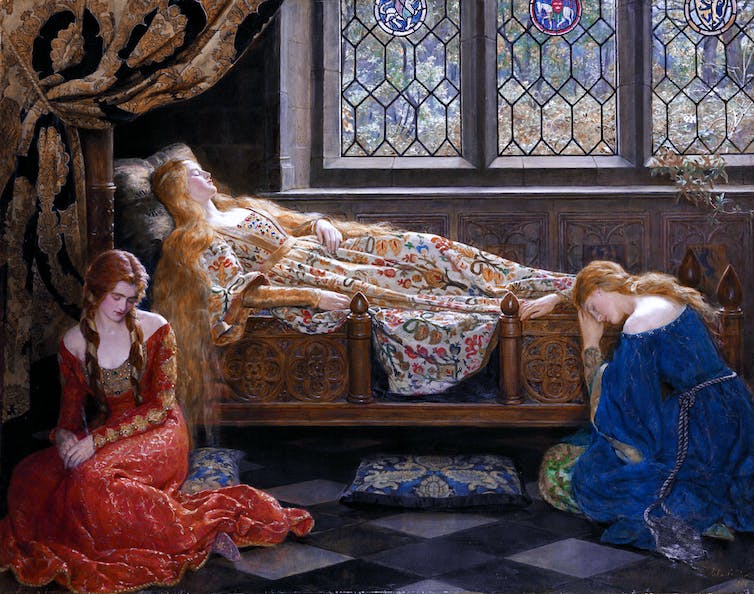 Most developed societies in the West are currently plagued by endemic sleep loss, falling well short of the eight hours recommended by the World Health Organisation. In particular, many children and young people are currently suffering from sleeping problems. A recent BBC documentary went so far as to label this a “crisis”.

Our bodies and brains need a minimum of seven to eight hours each night to fully restore their physiological and neurological operations. If we don’t get the rest we need, we increase our risk of obesity, of diabetes, heart disease and dementia. Our brain and memory functions diminish as sleep escapes us, and there is an intimate link between a wide variety of mental health conditions and irregular or lost sleep.

Calculating the effects of sleep loss on individual health is just one way in which this sleep loss epidemic is being quantified. In the UK, healthcare professionals have traced a sharp spike in prescriptions for melatonin – a hormone located in the brain’s pineal gland that helps to regulate our daily sleep-wake cycles – among children and young adults in the last decade. They are now calculating the pressure that these health problems exert on the resources of the NHS. 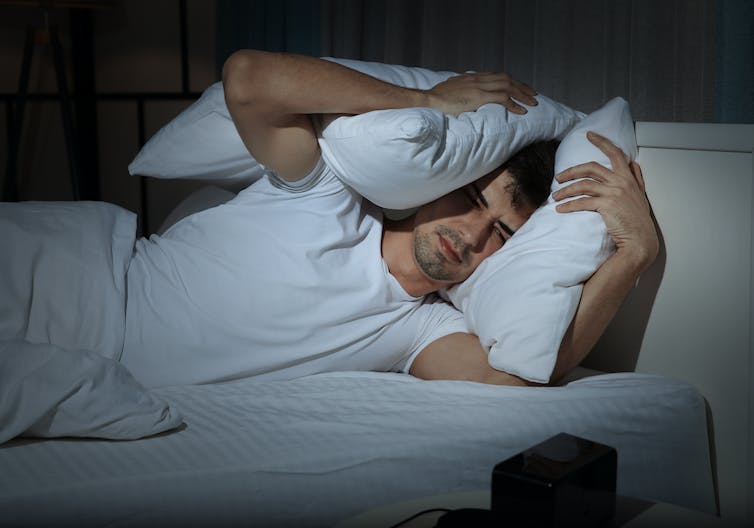 Meanwhile, governments, pharmaceutical companies, sleep researchers and multinational corporations estimate that billions of dollars, euros and pounds are lost each year due to sleep loss. This manifests in “absenteeism” from work, or in “presenteeism” – when workers are present but lack sufficient mental focus to perform their tasks effectively.

So what is to be done?

First, it is worth remembering that sleep “crises” are far from new. We find traces of them in many periods and places. Historical records show that large-scale shifts in bedtime routines and sleeping hours are often prompted by intensive phases of socioeconomic, technological and environmental change.

This kind of shift took place, for example, in early 18th-century London. Here, rapid socioeconomic shifts, processes of urbanisation that involved (among other things) the widespread introduction of street lights, and the emergence of new forms of sociability triggered myriad complaints about the “unnatural” sleeping habits that these changes were breeding. 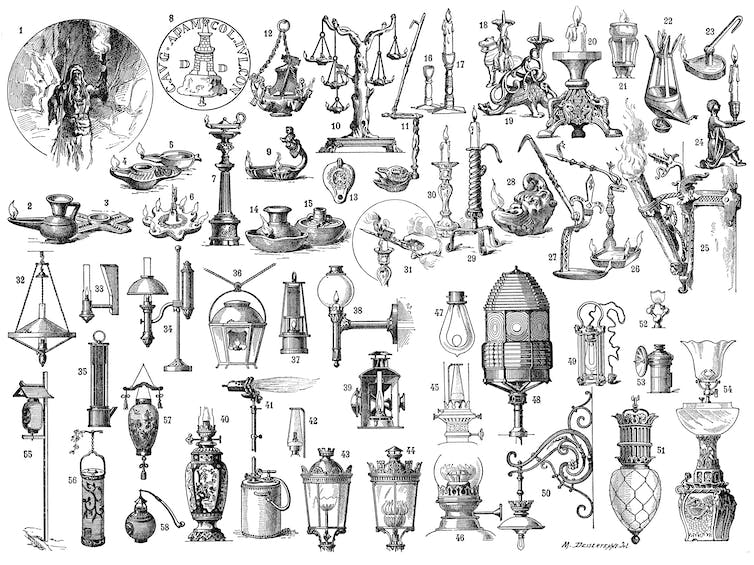 Lighting through the ages. Wikimedia Commons

One such article, entitled “The Britons, satisfied with little night”, was published in the fashionable periodical Tatler in 1710. It identified a growing trend among London’s fashionable ladies and gentlemen to postpone their bedtimes in favour of personal and professional pursuits: “The Night was much longer formerly in this Island than it is at present.” The author blamed these unnatural rhythms on late-night card games and in-depth political and business discussions indulged by gentlemen “at the Time when their Fore-Fathers were laid down quietly to Rest”.

This kind of complaint has much in common with the views of cultural commentators like Jonathan Crary and Ariana Huffington. They have located the roots of endemic sleep loss in the structure, values and technology-driven material environments of our global 24/7 societies.

Indeed, these structural changes have impacted dramatically on our daily lives, transforming our bedtime routines and driving down sleep’s cultural value. Why indulge in sleep when we could be playing games on our smart phones, exchanging Snapchat messages with friends, or keeping a close eye on the financial markets in London, New York or Tokyo? Sleeping for eight hours each night has become, in the estimation of some, a habit for wimps. 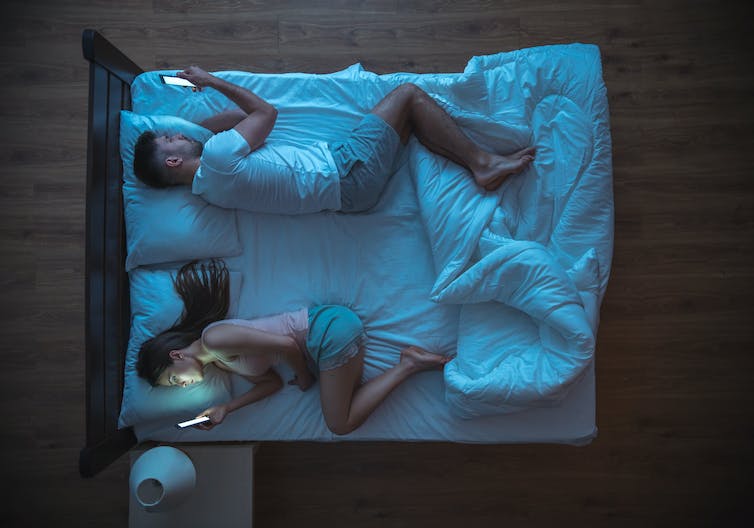 Who needs to sleep? Realstock / Shutterstock.com

So those who seek to protect sleep’s natural temporal rhythms and health-giving properties rightly demand a change in attitudes and environmental approaches to sleep. Historians can play a critical role in remembering and uncovering radically different understandings of what sleep is for, and how it should be practised.

Recently, for example, one New York Times writer advocated segmented sleep. This biphasic sleep pattern characterised many pre-modern communities whose nocturnal habits appear to have been more closely attuned to the seasonal rhythms of nature than they are today. The absence of digital and lighting technologies did, of course, play a crucial role in the way that pre-modern communities approached sleep, but even more important was the cultural importance that they attached to a good night’s kip.

In my recent book, meanwhile, and at an event that is part of this year’s Being Human Festival, I reveal how sleep’s critical importance in the 17th and 18th centuries was deeply rooted within a widely-accepted set of good Christian behaviours and a preventative culture of healthcare. Well-regulated sleeping and waking patterns were considered central to long-term physical and mental health. Regular habits of sleeping and waking were judged to be essential for preserving body, mind and soul in harmonious balance with God and nature. Sound sleep was thus a foundation stone upon which human life was believed to depend. 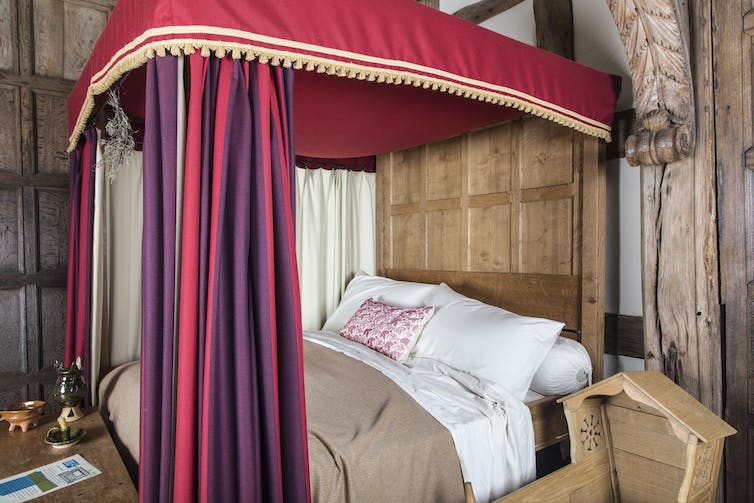 This was a world in which sleeping soundly was understood to be pivotal to physical vigour, emotional well-being, prosperity, personal reputation, and spiritual health. Sleep’s healthy practice sat at the heart of daily life. It was a practice over which people exercised a great deal of agency. They would adjust their diets and bedtime routines to optimise nocturnal rest, and prepare soporific remedies that contained cooling and calming ingredients like lettuce, sea holly and lavender, to restore sleep when it proved elusive. Sleep’s successful performance thus usually relied on an investment of time rather than money.

The sleep strategies of the pre-modern world have clear relevance today. They prompt us to open our eyes more fully to the effects, both positive and negative, of prevailing social, economic and cultural forces that shape our sleeping environments and our attitudes to sleep in very distinctive ways. And many early modern sleep-management techniques still have traction today. Pursuing restful bedtime routines involving reading, gentle conversation, or embroidery, sleeping in secure and cool environments, and adopting sleep-friendly diets, were central to early modern habits and are still recommended today. 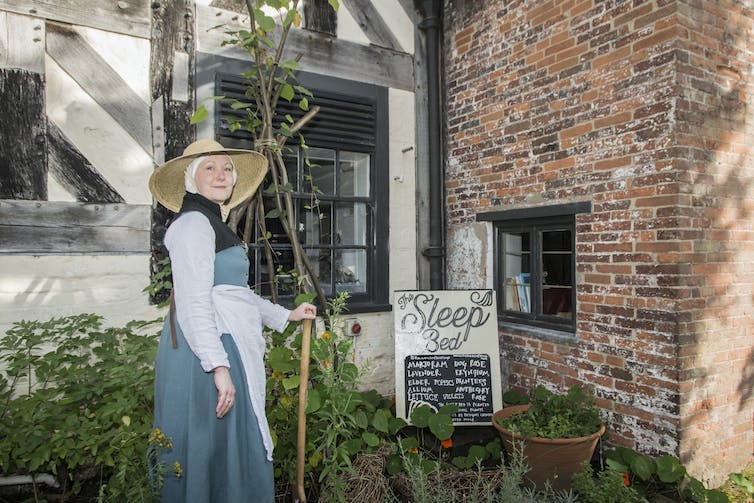 So if you want to improve your sleep, you could do worse than follow the advice of your ancestors. That of Tudor diplomat and medical writer Sir Thomas Elyot, say, who believed that eating an abundance of onions “cause one to sleape soundely”: contemporary studies show that he may have been on to something.