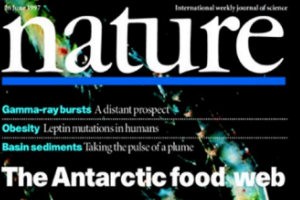 Scientists at The University of Manchester have developed an experiment that sheds new and fascinating light on how life on Earth might have begun.

Prof John Sutherland, Matthew Powner and Dr Beatrice Gerland from The School of Chemistry have broken new ground by synthesising almost from scratch two of the four building blocks of RNA, which is the self-replicating molecule that many scientists believe could be the original molecule for life.

The researchers believe they have shown how it was possible to make all the building blocks of RNA – which can carry and transmit information from one generation to the next – from the simple chemicals that would have existed on Earth four billion years ago.

At this time, the Earth was like any other lifeless planet that had yet to experience the radical transformation of living and breathing creatures.

Prof Sutherland said: “We have made the building blocks of RNA from what was around on the early Earth and is still around in interstellar space and in the atmosphere of Saturn’s moon Titan.

“We haven’t yet made the RNA molecule itself but we’ve made two of the four building blocks. It suggests that making the molecule is possible.”

The findings are published in the latest edition of the leading science journal Nature.

The research has made headlines around the world and has been reported in The Independent, The New Scientist and The New York Times.

The work has been funded by the Engineering and Physical Sciences Research Council (EPSRC) through the provision of a postdoctoral fellowship and a PhD studentship.