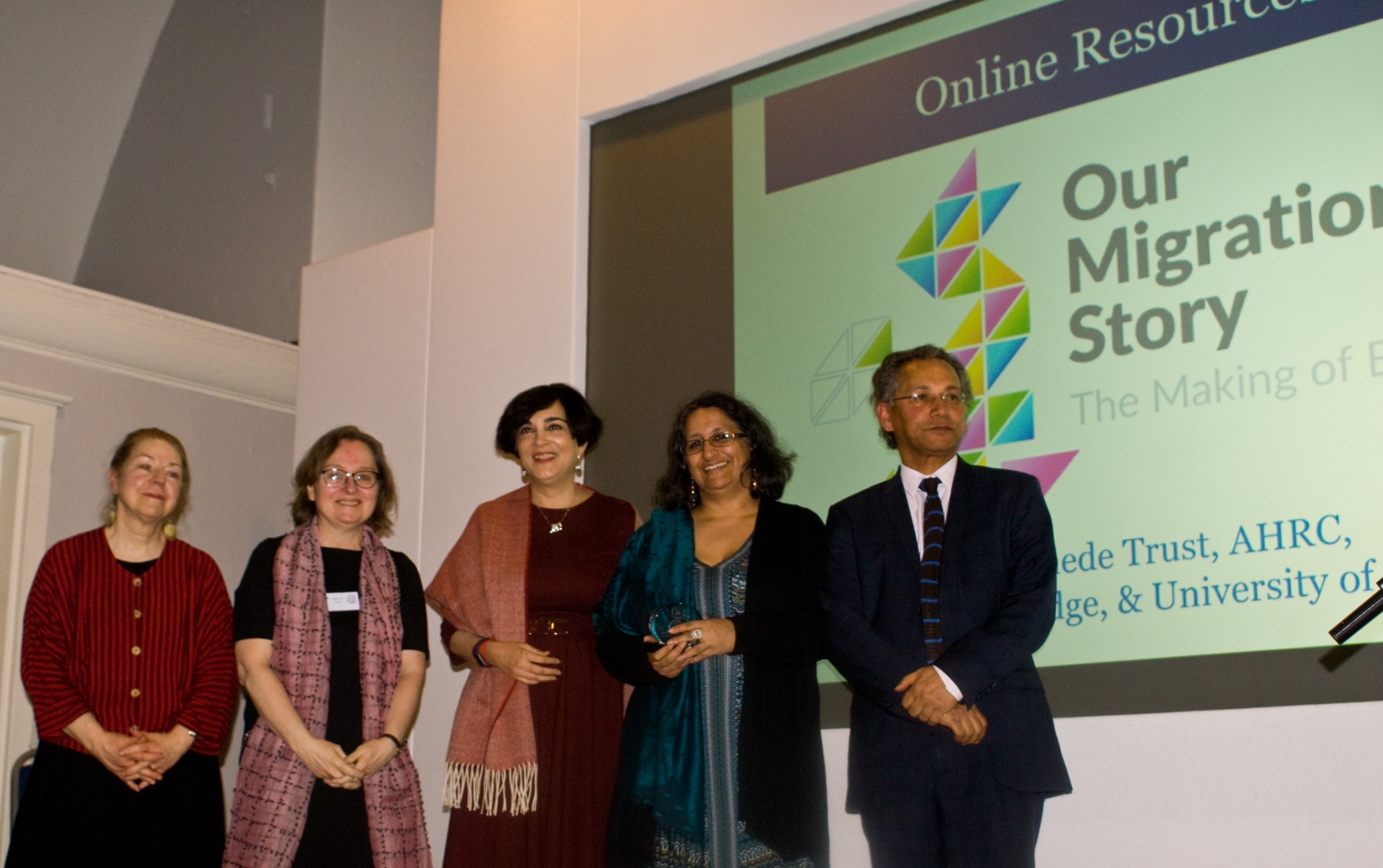 An innovative website which tells the story of Britain’s past through migration has been awarded a prestigious Royal Historical Society prize.

‏Our Migration Story: The Making of Britain - an Arts and Humanities Research Council-funded collaboration between the universities of Manchester and Cambridge and the Runnymede Trust - won the Online Resources 2018 Public History Prize at an awards ceremony at London’s Mary Ward Centre.

Drawing on the words and research of over 70 historians based in universities and historical institutions across the country – including the National Archives, the Imperial War Museum, the Victoria & Albert Museum and the Royal Historical Society – the website presents the often untold stories of the generations of migrants who came to and shaped the British Isles across the past 2000 years.

While it is primarily designed to support teachers and students studying migration to Britain, its aim is to be a useful resource for anyone interested in Britain’s migration history.

The site is organised through stories of individuals and groups, told through a diverse range of historical source material. It contains images, quotations, newspaper clippings, Parliamentary reports, videos, poems, extracts from novels, and many other materials that present the successes, challenges, obstacles and surprises faced by Britain’s migrants over more than a thousand years.

The stories offer further avenues for exploration in the form of links to teaching materials, additional reading, links to other websites and organisations. The site is dedicated to presenting the fullness and the richness of contributions made, and lives lived, by Britain’s many migrant groups.

“I am delighted that Our Migration Story has been honoured with this award – particularly since the Royal Historical Society celebrates its 150th anniversary this year,” said Professor Claire Alexander of The University of Manchester, who led the project.

These awards show the crucial importance of public history, and our project illustrates how diverse and migrant histories contribute to this national story. It was a truly collaborative effort, and it is a pleasure to have the work of all the contributors, and their intellectual generosity, recognised by this award.