A University of Manchester School of Social Sciences graduate has been named an Outstanding Alumni Award winner for her humanitarian work. 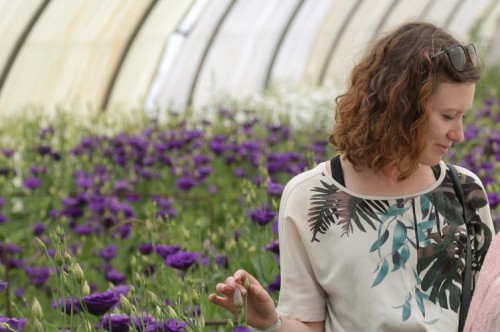 Rebecca Dykes, who graduated in 2005 with a degree in Social Anthropology, dedicated her life to improving the lives of those less fortunate. She joined the Voluntary Service Overseas Exchange Programme in 2009 and was assigned to youth charity projects at home and overseas, sparking an interest in the Middle East while in Bahrain.

She followed her vocation to the Crown Agents in the Conflict, Humanitarian and Security Operations Team and then became a civil servant in HMG’s Stabilisation Unit, which focuses on peace-building in countries affected by conflict. She was deployed to Sub-Saharan Africa where she was involved in peace-building missions for the United Nations and European Union, and commenced her Master’s in International Study and Global Governance at Birbeck, University of London.

In 2014, Rebecca started work as a Research Analyst to the Department for International Development’s Middle East and North Africa department, specialising in Iraq and Libya at the Foreign Office. She was promoted to Programme and Policy Manager, which took her to Lebanon, where she worked to improve the lives of Syrian and Palestinian refugees and the country’s impoverished host communities. Her work led to these communities becoming more peaceful through social stability dialogue mechanisms, taking the pressure off essential services and helping to create jobs.

Rebecca was killed while living in Beirut, leaving behind a legacy that will continue to improve the social stability of Lebanon’s most vulnerable communities.

The Rebecca Dykes Foundation was set up to ensure her work goes on, and has already partnered with Christian Aid and Lebanese women’s charity KAFA to help fund a shelter and helpline for vulnerable women.

Rebecca’s sister Harriet Maes accepted the Outstanding Alumni Award at The University of Manchester graduation ceremony on 9 July 2019. She joins this years’ outstanding alumni Trishna Bharadia, a fellow Faculty of Humanities alumna and disabilities advocate, Arnold Ekpe of the Faculty of Science and Engineering and Dr Robina Shah of the Faculty of Biology, Medicine and Health.