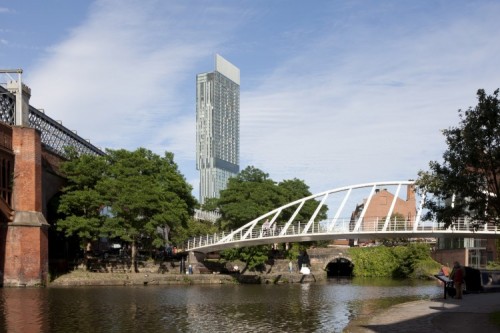 Greater Manchester is the UK’s third largest English city-region economy outside London but still has 620,000 people living in poverty according to a major new report.

The research, from the independent charity the Joseph Rowntree Foundation and The University of Manchester aims to make poverty reduction central to economic growth and devolution in Greater Manchester.It notes

Manchester’s impressive revival in the 20 years since the IRA bomb and shows that:

But whilst Greater Manchester’s economy has been growing poverty remains widespread with an estimated 620,000 people, including 180,000 children, living in poverty in the city and 585,000 residents living in neighbourhoods which are in the most deprived 10% in the country. Employment rates for disabled people and those from ethnic minorities lag behind the UK average.

The report reveals that the region tends to score worse than the average across a range of inclusion indicators than other core cities outside London.

Professor Ruth Lupton, lead author of the report and head of the Inclusive Growth Analysis Unit, said: “That levels of poverty and inequality remain so high in Greater Manchester is unjust and a waste of too many people’s talents and energies. We urgently need to find ways to include more people in the benefits of increased prosperity”

The report also reveals some of the challenges that face the city in achieving more inclusive growth:

“We hope this report will be a ‘call to action’ to anyone who wants to see a more inclusive Greater Manchester not just a more prosperous one. It shows that economic growth in its own right cannot be relied upon to improve social outcomes in any region which is why it has not reduced poverty and inequality,” said Professor Lupton.

Mike Hawking, partnership manager for cities at the Joseph Rowntree Foundation, said: “The next mayor of Greater Manchester will have a key role to play in ensuring everyone benefits from economic growth, especially people and places who have traditionally been left behind.

“Manchester’s growth has been remarkable and there are encouraging signs this success will continue, but the challenge will be sharing the proceeds of economic growth. Tackling poverty will ensure everyone has the opportunity to contribute to the region’s success, not least for business whose biggest challenge is to boost productivity.

“With substantial powers and budgets at their disposal, the incoming Greater Manchester Mayor – working with businesses, central government, town halls and communities - must harness their powers to foster inclusive growth.”