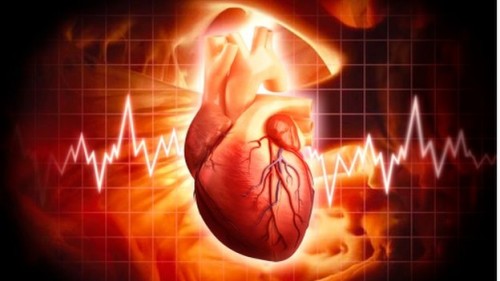 Scientists funded by the British Heart Foundation have discovered that oxidants, which have historically been blamed for heart disease, have a vital role ensuring the heart pumps blood around the body effectively. The discovery, by researchers working collaboratively in Manchester and London, opens up the potential for new treatments.

The researchers now hope to develop drugs based on their discovery that could lower blood pressure and treat conditions caused by the heart not pumping properly, including certain forms of heart failure.

The study, published today in Nature Communications, found that when the heart relaxes oxidants are released which activate an enzyme called Protein Kinase G (PKG), in a process called oxidation. The oxidation of PKG helps to ensure the amount of blood entering the heart is the same as the amount pumped out. This is vital in the functioning of a healthy heart.

However, when the researchers looked at the hearts of mice with a form of PKG that cannot be oxidised, they found that their hearts did not fill with blood properly and that their heart function was compromised.

The findings in the heart were complemented by BHF-funded research on arteries published recently in Science Signaling. The BHF researchers found activation of PKG by oxidants is also critical for the way arteries sense high blood pressure and then relax.

The researchers, led by BHF Research Fellow Dr Adam Greenstein from The University of Manchester, found that when arteries sense high blood pressure inside them they generate oxidants which activate PKG. The activation of PKG in response to pressure then relaxes the arteries. In mice with PKG that cannot be oxidised, the arteries constricted more strongly and this caused high blood pressure.

The scientists believe that dysregulation of the activation of PKG may occur in several cardiovascular diseases. They now hope to develop drugs which can mimic the oxidant-induced relaxation of the heart and arteries, to treat patients with problems in the way their hearts fill and pump blood around the body. This may also be valuable in lowering blood pressure.

Our research supports the really exciting concept that oxidants, traditionally viewed as 'the bad guys of the cardiovascular system’, are increasingly appreciated as integral to normal heart and arterial function. This ties in with lots of misinformation about commercially available antioxidants and heart disease which takes focus off the real risk factors, such as weight, cholesterol, blood pressure and smoking.

Dr Adam Greenstein of The University of Manchester, an author on both papers
„

“These new papers demonstrate just how important PKG is in the regulation of the heart and blood vessels," said Professor Jeremy Pearson, Associate Medical Director at the British Heart Foundation, which funded the research. “The studies provide strong evidence that new drugs which target PKG activation are likely to be useful in patients suffering with heart failure or with high blood pressure.”

You can find out more about the BHF’s fight against heart disease at bhf.org.uk/research.