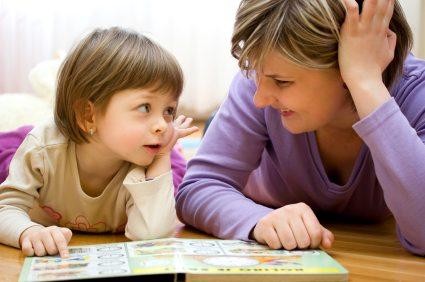 An early intervention for autism aimed at helping parents communicate with their child has been shown to have an effect on reducing the severity of autism symptoms, and this reduction continued for six years after the end of treatment, according to a study published in The Lancet.

The study led by The University of Manchester, King’s College London and Newcastle University (UK) and funded by the Medical Research Council is the first to identify a long-term effect of an early intervention for autism, and is consistent with UK guidance supporting the use of early intervention.

The researchers found that children who had received the intervention aged 2-4 had less severe overall symptoms six years later, with improved social communication and reduced repetitive behaviours, although no changes were seen in other areas such as language or anxiety. However, they say that difficulties remain and additional ongoing support will usually be needed as the children get older.

“This type of early intervention is distinctive in being designed to work with parents to help improve parent-child communication at home,” says Professor Jonathan Green of The University of Manchester and Royal Manchester Children’s Hospital, who led the study. “The advantage of this approach over a direct therapist-child intervention is that it has potential to affect the everyday life of the child. Our findings are encouraging, as they represent an improvement in the core symptoms of autism previously thought very resistant to change.”

This is not a ‘cure’, in the sense that the children who demonstrated improvements will still show remaining symptoms to a variable extent, but it does suggest that working with parents to interact with their children in this way can lead to improvements in symptoms over the long-term.

Autism spectrum disorder is a developmental disorder that affects about 1 in 100 people; it can have a profound effect on children’s social development into adulthood and results in an estimated £1-1.5 million in lifetime costs for families and the community. The type of early intervention used in this study focuses specifically on working with parents.

Through watching videos of themselves interacting with their child and receiving feedback from therapists, parents are able to enhance their awareness and response to their child’s unusual patterns of communication; they become better able to understand their child and communicate back appropriately in a focused way. Parents take part in 12 therapy sessions over 6 months, followed by monthly support sessions for the next 6 months. In addition, parents agree to do 20-30 minutes per day of planned communication and play activities with the child.

In the original trial, 152 children aged 2-4 with autism were randomised to receive the 12 month early intervention or treatment as usual. The study published today is the follow-up analysis of the same children approximately 6 years after the end of treatment. 121 (80%) of the 152 original trial participants were assessed as part of the follow-up study. Of these, 59 children had previously received the intervention and 62 had received treatment as usual. Autism severity was measured using the international standard measure of autism symptoms (ADOS CSS), which combines social communication and restricted and repetitive behaviour symptoms into an overall measure of severity scored 1-10, with 10 being the most severe.

At follow-up, there were also improvements in children’s communication with their parents for the intervention group, but no differences in the language scores of children. Additionally, parents in the intervention group reported improvements in peer relationships, social communication and repetitive behaviours. However, there was no significant difference between the two groups on measures of child anxiety, challenging behaviours (eg, conduct/oppositional disorder) or depression.

The authors note that the study included children with core autism symptoms rather than wider autism spectrum disorder, and therefore cannot be sure how these results would apply to children with less severe symptoms. They also add that the study was a follow-up at age 7-11 years so does not provide information in how children’s symptoms will develop in adulthood.

The paper is open-access, so can be read for free here.