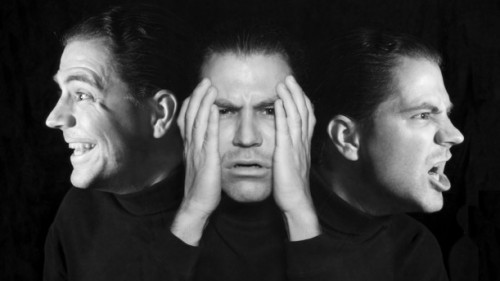 A University of Manchester study which looked at more than thirty years of research into bipolar, found that people with the disorder are 2.63 times more likely to have suffered emotional, physical or sexual abuse as children than the general population.

In the study, published in the British Journal of Psychiatry, the researchers identified 19 studies from hundreds published between 1980 and 2014 which gathered data from millions of patient records, interviews and assessments.

By applying rigorous statistical analysis to the data, the researchers compared the likelihood of people with and without bipolar disorder having adverse childhood experiences, such as physical, emotional and sexual abuse. The findings revealed a strong link between these events and subsequent diagnosis.

Bipolar disorder is characterised by extreme depressive and manic states which impair quality of life and increase suicide risk. An urgent need in this field is better understanding of risk factors that can be used to improve detection and treatment.

Dr Filippo Varese, one of the study authors, said: “Much research into bipolar has focussed on bio-genetics, but following previous work on schizophrenia, we felt that a similar effect could be found in bipolar. The link between experiencing a troubled childhood and subsequently being diagnosed with this serious condition is extremely strong.”

Much research into bipolar has focussed on bio-genetics, but following previous work on schizophrenia, we felt that a similar effect could be found in bipolar.  The link between experiencing a troubled childhood and subsequently being diagnosed with this serious condition is extremely strong

The authors defined childhood adversity as experiencing neglect, abuse, bullying or the loss of a parent before the age of 19. There was a particularly strong link between emotional abuse with this four times more likely to have happened to people with bipolar. However, the loss of a parent did not raise the risk significantly.

The ‘meta-analysis’ approach has been applied in this study for the first time in relation to bipolar disorder and childhood adversity and, as a result, the findings represent a much larger pool of data than has been previously available.

The findings have implications for those providing treatment, as they can factor in these childhood experiences when developing personalised therapy plans.

Dr Jasper Palmier-Claus, the lead author, added: “Handled sensitively, enquiries about a person’s childhood experiences can make a significant difference to how treatment proceeds and the types of support that can be put into place.”

The paper, ‘The relationship between childhood adversity and bipolar disorder: A systematic review and meta-analysis’, was published in the British Journal of Psychiatry.