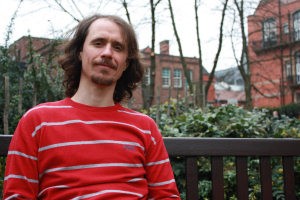 Psychologists from The University of Manchester and London School of Economics and Political Science (LSE) also showed that small positive personality changes may lead to greater increases in happiness than earning more money, marrying, or gaining employment.

The study, published in the journal Social Indicators Research, should be of interest to British Prime Minister David Cameron, who has suggested that a measure of the nation’s ‘happiness’ was a better guide to how the country was performing than Gross Domestic Product (GDP) alone.

Lead author Dr Chris Boyce, from the University of Manchester’s School of Psychological Sciences, said: “We found that our personalities can and do change over time – something that was considered improbable until now – and that these personality changes are strongly related to changes in our wellbeing.

“Compared with external factors, such as a pay rise, getting married or finding employment, personality change is just as likely and contributes much more to improvements in our personal wellbeing.”

Previous studies have shown that personality accounts for up to 35% of individual differences in life satisfaction, compared to just 4% for income, 4% for employment status and between 1% and 4% for marital status. However, because it was believed our personalities were fixed, policies to improve wellbeing have focused on these lower-impacting external factors.

Dr Boyce said: “Our research suggests that governments could measure ‘national personality’; for example, whether the population is becoming more extroverted, conscientious, open to experience, and agreeable, and how this links to national events.

“Fostering the conditions where personality growth occurs – such as through positive schooling, communities, and parenting - may be a more effective way of improving national wellbeing than GDP growth.”

Dr Boyce, with Manchester colleague Dr Alex Wood and the LSE’s Dr Nick Powdthavee, used a large data set of 7,500 individuals from Australia who had answered questions on their life satisfaction and personality at two time points four years apart.

Personality was measured using a well-validated personality questionnaire assessing five broad dimensions which cover the breadth of a person’s personality: openness-to-experiences, conscientiousness, extroversion, agreeableness and neuroticism. The researchers then looked at the extent to which personality changed and how these changes related to life satisfaction in comparison to external factors, such as changes to income, changes to employment and changes to marital status. They found that personality changes at least as much as these external factors and predicted about twice as much of changes to life satisfaction over the study period.

Dr Boyce added: “The focus of many wellbeing studies in economics is on how changes to our circumstances, such as a higher income, getting married or a different job might influence our wellbeing. The influence of our personality is often ignored in these types of studies in the belief that our personality can’t or doesn’t change. We show that personality can and does change and, not only is it more likely to change than an income increase, it contributes much more to changes in our wellbeing.

“Our research suggests that by focusing on who we are and how we relate to the world around us has the potential to unlock vast improvements in our wellbeing. The findings have implications for wellbeing policy – something the Prime Minister has talked about in the past – and how best to help individuals and nations improve their outlook on life.”

A copy of the paper, ‘Is Personality Fixed? Personality Changes as Much as “Variable” Economic Factors and More Strongly Predicts Changes to Life Satisfaction,’ published in Social Indicators Research (doi: 10.1007/s11205-012-0006-z), is available on request.