Pinochet’s ‘soundtrack to torture’ available to the public
Newsroom

Pinochet’s ‘soundtrack to torture’ available to the public 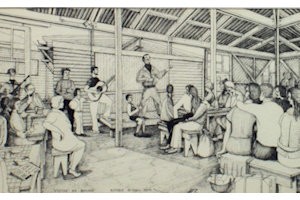 A digital archive documenting music from the torture chambers, concentration camps and prisons of the former Chilean dictator General Augusto Pinochet is available to the public for the first time.

The online ‘torture soundtrack’, launching on 8 January 2015, is called Cantos Cautivos (Captive Songs) and includes songs written, sung and listened to in political detention – and the stories behind them.

It is the brainchild of Dr Katia Chornik - who herself is from Chile - a researcher at The University of Manchester’s Music Department and the first scholar to investigate music under political detention in Chile.

When Pinochet seized power in 1973, the majority of the almost 40,000 political opponents imprisoned in over 1,000 detention centres suffered gruesome physical and psychological torture. Some of Pinochet’s torture practices employed music and relate to CIA techniques.

Prisoners often used music as a means to cope with the harsh conditions and the uncertainty of not knowing if they would live or die. Survivors are being encouraged to upload their stories and songs to the Captive Songs website.

Some of the material on the archive are songs penned by the prisoners themselves, and in some cases recorded clandestinely in a concentration camp, like El puntúo (Cheeky Devil) and El suertúo (Lucky Devil) – all of the recordings are available to listen to.

Other stories deal with songs from the outside world. Some refer to songs sung as part of Christmas and New Year celebrations, including the traditional African-American anthem We Shall Overcome, the Ode to Joy from Beethoven’s Ninth Symphony and El cigarrito by Víctor Jara, the most famous musician killed by the Pinochet regime in a detention centre.

On the site the public can also read accounts of music being used as a form of torture by Pinochet’s agents, such as forced singing of the Chilean National Anthem and Zamba para no morir (popularised by the Argentine icon Mercedes Sosa).

The archive will be launched at the Chilean Museum of Memory and Human Rights during an event featuring live music performed by former inmates including a choir originally founded in a detention centre and other musicians who composed and performed extensively whilst imprisoned.

Dr Chornik, whose work is funded by the Leverhulme Trust (one of the largest all-subject providers of research funding in the UK), says it is really important that the public contribute to the archive.

She said: “It’s been over 40 years since the onset of the dictatorship, so the time to collect this valuable material is very limited indeed. I make an urgent appeal to witnesses scattered around the world to share their experiences in detention via the Captive Songs archive.

“I anticipate that Cantos Cautivos will grow rapidly after its launch and in the forthcoming years. It is the only archive of this kind that relates to Latin America. Only a handful of online resources on music in detention from all historical and geographical contexts currently exist.”

One of the contributors is Dr Luis Cifuentes who wrote and performed music extensively whilst in detention. In the 1980s he went on to complete a PhD at The University of Manchester.

He said: “This archive is of great importance because it reflects not only a very rich cultural heritage but also the ways in which the victims used their own cultural identity to overcome horrific moments”.

Dr Katia Chornik is available for interview in English or Spanish and can be contacted at katia.chornik@manchester.ac.uk.
Numerous images and English translations many of the song lyrics are available to the media via Dr Chornik.
The archive can be viewed at www.cantoscautivos.cl
Song entries at http://www.cantoscautivos.cl/canciones-cautivas/ include inmates’ accounts, lyrics and audio.
Information on the Museum of Memory is available in English at www.museodelamemoria.cl.