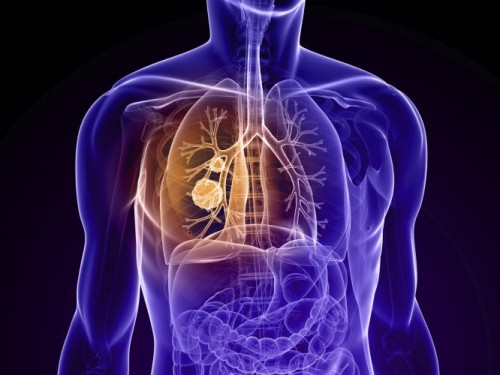 Healthcare professionals from eight organisations across Greater Manchester have collaborated to deliver the initial results of the Salford Lung Study (SLS). The study involved over 2,800 consenting patients, supported by 80 GP practices and 130 pharmacies in Salford and the surrounding Greater Manchester area.

It is the world’s first digitally enhanced Randomised Controlled Trial (RCT) to include a broad and inclusive population of patients in an everyday clinical practice setting, embracing a novel approach to clinical trial design. This provides researchers with a breadth of clinical data that demonstrates the healthcare interactions of the everyday lives of patients and the way they use their medicines.

Conventional RCTs are usually conducted following strict inclusion criteria, which often exclude those patients with other multiple conditions. SLS was designed to include those patients who would often be excluded from a traditional randomised trial, for example individuals also being treated for other chronic diseases. This inclusive approach is important because it is more realistic of everyday practice and is therefore representative of a much wider patient population. The data provided by SLS will complement the existing data provided by the conventional RCT.

University of Manchester Health Informatics researchers have worked with both the NHS in Salford and GSK to create an environment in which electronic health records could be used to extend clinical trials in near real-time. From early studies with GSK’s former Information Factory over ten years ago to the current Salford Lung Study, there has been a forward-looking informatics research and development partnership between the organisations.

“The Salford Lung Study broke the mould of clinical trials by harnessing an approach to healthcare data and computing that focuses on populations not hospitals or other organisations. It operates using NHS data to offer the trial resources to the right patients, at the right time in the right way."

This collaborative study was placed in Salford because of the existing infrastructure of integrated electronic health medical records. The study relied on bespoke software, developed by NWEH and securely hosted within the NHS network, which integrated the electronic medical records of consenting patients across all of their everyday interactions with their GPs, pharmacists and hospitals. This linked database system allowed close monitoring of patients’ safety in near real-time, but with minimal intrusion into their everyday lives.

By collecting healthcare information both quickly and efficiently, in line with best practice guidelines for security of patient data, the system offers responsiveness to patient safety, high quality data and short timelines for studies. This digitally enhanced RCT design is a new and innovative approach to clinical trials; it is anticipated that the study methodology and underpinning technology could be used in future studies, not just in Greater Manchester but worldwide.

Sir David Dalton, Salford Royal Foundation Trust, Chief Executive, said: “Salford has a rich history of pioneering health care and is now building one of the most innovative environments in the UK for conducting patient-focused health research and translating it into patient benefit. We are delighted that this ground-breaking study has taken place in Salford as a result of our close collaboration with NorthWest EHealth, GSK and Salford CCG. Together we are at the forefront of the development of healthcare focused on the needs of patients by providing modern, innovative and cost-effective care, embracing technologies, and ensuring that patients have the opportunity to take part in research. Our pioneering approach to integrated care and information systems has made this study possible.”

Professor Martin Gibson, NorthWest EHealth. Chief Executive, said: “This is not about Big Data - this is about understanding the way patients interact with medications in their everyday lives. Our unique technology supports understanding of NHS data to bring the right drugs to market quicker, whilst providing timely and accurate information on safety and cost for payers and patients alike.”